BY Kristine Francis on June 3, 2019 | Comments: Leave Comments
Related : Recap, So You Think You Can Dance, Television, TV 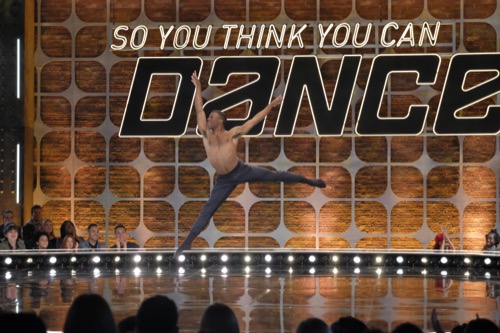 Tonight on FOX their Emmy-Award Winning So You Think You Can Dance premieres with an all-new Monday, June 3, 2019, season 16 episode 1 premiere episode and we have your SYTYCD recap below!  On tonight’s So You Think You Can Dance season 16 episode 1 as per the FOX synopsis, “In the Season 16 premiere, the first round of auditions begins. Dancers perform in various dance styles, including contemporary, tap, hip-hop, ballroom, breaking, and animation.”

So You Think You Can Dance is back for its sixteenth season!

This time the contestants were coming to the judges in Los Angeles. The show has completely changed up their platform and they even brought along new judges to help celebrate the rebranding of “So You Think You Can Dance”. Laurieann Gibson and D-Trix Sandoval, who was actually once a contestant on the show, joined veteran judges, Nigel Lythgoe and Mary Murphy. The veterans will no doubt show the newbies how it’s done, but they were all excited about the prospect of thousands of dancers making the trip to see them. These contestants have often had to wait hours in line and none of them let the struggle dim their light. The first one up was Dezi Saenz. She was a Hip Hop dancer and she knew that there weren’t many women in her genre, and she came out anyway.

Dezi was a rare gem. The judges knew she was serious the moment they saw her game face and still, they had been blown away when Dezi began to show the world her talent. She was a brilliant dancer and she left the new dancers in tears. Dezi had needed three “yesses” before she could move on to the next round and she received four of them. Two of the judges were even left in tears because of Dezi moved them and so she was already off to a great start. Though speaking of certain beginnings, the next contestant had been off to a great start last season and she was unfortunately cut right before the live shows. Stephanie Sosa was back to give it another try and she brought along her brother Ezra Sosa. They were both dancing in honor of their mother who became critically ill last year and who survived by God’s grace.

The Sosa siblings were technically Latin Ballroom, but they brought in some Tina Turner and just had fun out there on the stage. Both the siblings were incredibly talented and Ezra’s legs seemed like they went on forever. It left the judges impressed and so it wasn’t surprising when they received the Golden Ticket. They were also told to keep dancing for mom if they were going to dance like that! The siblings were part of a trend of amazing dancers and the judges went on to hand out Golden Tickets to several individuals like Dayna Madison and Benjamin Castro with the latter bring a certain level of masculinity that the judges enjoyed. When Mary wasn’t ogling the dancers, they got to hear more amazing stories. Matthew DeLoch was another familiar face. He tried out for season fourteen and he couldn’t make it last year because he injured himself.

Matthew worked on getting better and he was back now to show that he only got better with time. He was a Contemporary dancer and he cried along with the judges. Matthew was just so happy to be back and his enthusiasm infected the judges. They called him brilliant and also threw in an Alvin Ailey reference because they thought the legend would have loved him as well. So that was a little something that Matthew needs to keep in his back-pocket but moving on the judges went on to meet quirky characters as well. Sarah “Smac” McCreanor left Australia on what she promised her mother was a six weeks trip and she’s now been over for a good couple of years. She was a Jazz dancer and at the same time, she also was a comedic dancer. Smac was called the Lucille Ball of dancing and she was both talent and just downright funny.

Sma wormed her way into the judges’ heart and they now have a special place for her. She naturally was given a Golden Ticket, which hadn’t been a surprise once you consider the glowing feedback she received and so hoping Smac could take on the grueling new couple of weeks. The next contestant knew a little something about what it’s like to take on such challenges. Amanda Butler was a Hip Hop dancer and she was also the mother of three girls. She was outnumbered and was often tired though she wouldn’t change a single thing about her life. Amanda was trying out with her mother’s dance group and in total, they have thirty-eight children. They were literally their own village and they came out today to support Amanda. She and her friends did an amazing job onstage only there were certain times when the others pulled focus.

If Amanda had gone onstage online, then she would have been the only one to shine and the judges could more focus on her own talents. Its not to say they didn’t see enough to endear Amanda to them and indeed D-Trix even asked for another dance from them because he wanted to join them onstage. The judges loved the group and that became part of the problem. The judges still saw it as a group and so they couldn’t give Amanda the Golden Ticket. The judges were hoping not to disappoint anyone and they looked forward to what the other dancers had to offer. The next contestant was Gino Cosculluela. He was a Contemporary dancer and if his face was familiar that’s because he used to be on Dance Moms. Gino had only been a little kid at the time and he sort of awkwardly had his first kiss on camera.

Gino was older now and he was ready to show far he’s come, but once the judges heard his mother was a Dance Mom, they invited her onstage to become a fifth judge. It wasn’t the panel that Gino was expecting and, all the same, it wasn’t that bad. His mom did say she’s seen better and luckily she had been joking. She and the judges were left moved by what they saw and Nigel said he would be shocked if Gino didn’t make it to the Top 10!

Gino helped set the bar tonight, but this was still just the beginning of auditions and so stay tuned for what else may be in store!