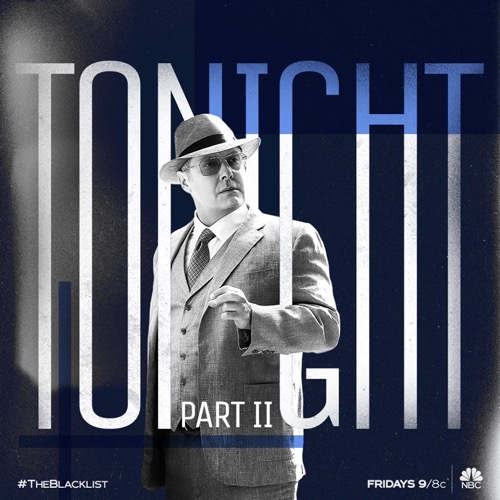 Tonight on NBC their hit drama The Blacklist starring James Spader airs with an all-new Friday, January 4, 2019, episode and we have your The Blacklist recap below. On tonight’s Blacklist Season 6 episode 2 called, “The Corsican”,  as per the NBC synopsis, “Conclusion. Liz and the Task Force race to stop an imminent bombing by an elusive Blacklister, and Red has an encounter that will change the trajectory of his life forever.”

Elizabeth enlists Jennifer’s help in retrieving the medical files that Reddington erased on the USB drive, to see what he is hiding. Jennifer gets she and Elizabeth are on their own, but tells Elizabeth that she doesn’t understand why they can’t go to the FBI. Elizabeth explains that it would be too risky because he could find out – they have to stick to the plan.

Reddington arrives with Dembe, Jennifer hides in the closet. Reddington tells Elizabeth that he has news about the Corsican.

Elizabeth meets the Task Force to update them, Moreau wasn’t deterred by the shootout at Dr. Koehlers or the near miss at the airport, in fact, he is reaching out to arms dealers about an upcoming job. Reddington has no further details. So, they are hunting for a killer and have no idea what he looks like. Ressler says that Moreau is in New York, the vehicle he stole passed through the Holland tunnel. Cooper tells Kessler and Keen to get to New York.

Moreau has disguised himself to look like Charles Albrecht from the United Nations, a courier for the Turkish consulate, kidnapped him, stole code from him and his badge, then tells him to get into the trunk and when he does, he shoots him dead.

Reddington and Dembe are in Hollywood to visit his friend Aaron, he asks him if Moreau reached out to him recently. Aaron says he did, but he has no idea where he is and he didn’t buy anything, he only wanted a reference for a contractor, named Maxwell.

Keen and Ressler are on the scene, Albrecht’s body has been discovered, he was carrying a diplomatic patch that contained classified information, the patch is missing and his id.

Arnav discovers that Albrecht showed up for a meeting with the United Nations after he was dead.

Reddington calls Keen and tells her he has news about the faceless assassin, she says she knows that he is headed to the UN, Reddington says with a bomb that was purchased from Maxwell. Reddington says that the bomb could take down the whole building, he has Maxwell with him and they are on route.

Ressler and Keen arrive at the building and order an evacuation. Everyone starts to leave, Moreau left the briefcase with another diplomat and is heading out the building. Moreau tries to escape the building, he grabs a cops gun and shoots him. Keen on the other hand is still trying to get the place evacuated and finally homeland security steps in and orders the evacuation.

Reddington and Dembe arrive with Maxwell,

Arnav has tracked Morneau, he is guiding Ressler to follow up. Ressler has a visual and shouts to Morneau to stop, Morneau takes a hostage and quickly shoots him and runs.

Maxwell is trying to diffuse the bomb when Reddington and Dembe quickly leave Keen on her own with Maxwell.

Kessler joins Keen and Maxwell, he tells Keen that he lost Moreau. Maxwell enlists Kesler’s help. Maxwell successfully diffuses the bomb. Keen goes to find Reddington and tells him that the bomb is done with and Moreau escaped.

Reddington and Dembe are walking down the street when a cop notices Red looking suspicious and apprehends him. Another cop arrives and says that Red is the most wanted man in America.

Arnav calls Keen and Ressler tells him that a cop picked up Reddington at a pretzel cart. Keen wants to help, Ressler says they can’t do anything now, not even Cooper can help now. Thirty years on the run and a b cop pick up Red.

Cooper tries to reason with Cynthia to get Reddington released, he reminds her that 100 high profile criminals were caught because of Red.

The Federal Government takes over Reddington’s case, Ms. Holden comes in to tell him that he will never be free again, he will be tried, convicted and held in a Federal prison until they execute them. Reddington says that as pleasant as that sounds, he has made other arrangements. She tells him this is going to be fun, he says winning always is.

Cooper meets with Ms. Holden, he tells her about how they were working with Reddington and all of their success. It turns out that Ms. Holden is running for governor and plans to go against Reddington to the fullest extent of the law. She holds a press conference and announces Red’s arrest to the public.

Keen goes to see Reddington in jail, he tells her that someone tipped the cops and he wants her help to find the person that betrayed him. Keen asks if he wants to know who it is so he can kill them, he says that depends.

Jennifer is with Elizabeth, she tells her that she knows she was having second thoughts but it was the right thing to do and it is a cause for celebration. Elizabeth tells her that he wants to know who tipped off the police, that is the only thing that is important to him, not even the death penalty, he just wants to know who betrayed him and she can’t imagine what he will do when he finds out it is her.