The Bold and the Beautiful Spoilers: Darin Brooks Teases Las Vegas Murder – What’s Next for Wyatt 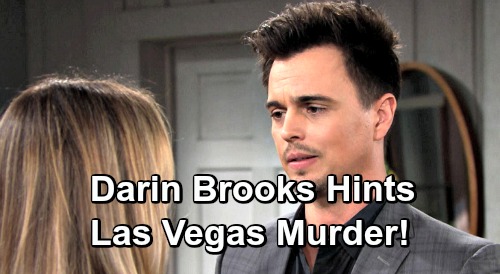 The Bold and the Beautiful (B&B) spoilers tease that Wyatt Spencer (Darin Brooks) will have a heated confrontation. During the week of June 10-14, red flags will be raised by Florence “Flo” Fulton (Katrina Bowden), Zoe Buckingham (Kiara Barnes) and Xander Avant (Adain Bradley). They’ll be bickering about Beth Spencer when Wyatt walks in and realizes something’s up.

However, Wyatt isn’t in all that deep with Flo yet. They’ve certainly rekindled their spark, but it’s too new for him to be loyal to her. There’s a chance Wyatt might learn the secret down the road and choose to protect Flo, but he’s clearly not in that frame of mind right now.

Wyatt was willing to dump Sally Spectra (Courtney Hope) for deceiving him about Thomas Forrester’s (Matthew Atkinson) plan. He obviously wouldn’t stand by and let Flo lie to Hope Spencer (Annika Noelle) about her dead daughter. With that in mind, Wyatt should be kept out of the loop for now. 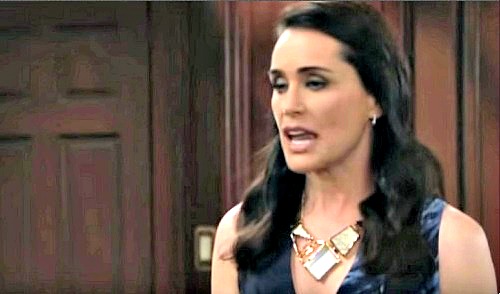 Nevertheless, The Bold and the Beautiful spoilers say Wyatt still has some good drama in his future. In an interview with Soap Opera Digest, Darin Brooks talked about Wyatt’s connection to Flo along with his lingering love for Sally. He also hinted at some dark secrets that’ll come to light, including a potential one that’s not related to Beth at all.

“He loves Sally, but the trust has been broken – although unbeknownst to him, Flo is keeping a secret of her own and once that comes out, who knows what’s going to rock his world,” Brooks said. He went on to address a mystery B&B hasn’t gotten around to unraveling. Why did Wyatt and Quinn Forrester (Rena Sofer) have to leave Las Vegas in the middle of the night all those years ago?

“I keep dropping little hints to the people upstairs,” Brooks admitted. “I’m like, ‘Did Quinn kill somebody? Did Wyatt kill somebody for Quinn to protect her? Maybe it was someone she was dating like a bad stepfather scenario?’” Brooks doesn’t have the answers yet, but he hopes they’re coming. For now, he simply mulls over the many possibilities with Sofer on set.