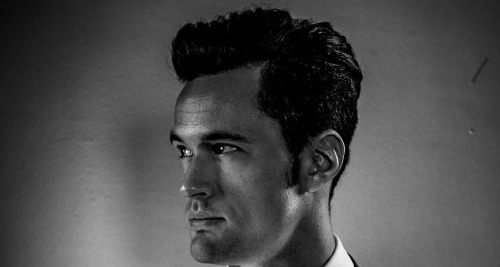 The Bold and the Beautiful (B&B) spoilers tease that while Liam Spencer’s (Scott Clifton) away, Thomas Forrester (Matthew Atkinson) will play. He’s already kicked off a dangerous game, which has made Liam and Hope Spencer (Annika Noelle) his pawns. Thanks to Thomas’ sneakiness, Liam will soon be all the way in Paris and Hope will be left all alone.

Of course, she won’t be alone long if Thomas hasn’t anything to say about it! B&B fans can expect the next step in Thomas’ plan to reunite with Hope. There’s a good chance it’ll involve Douglas Forrester (Henry Joseph Samiri). Thomas knows being around Douglas has helped Hope start to heal. He loves that it’s helping Douglas as well, but this is about securing a “Thope” romance now.

Thomas clearly isn’t above using his own child as part of his plot. He proved that when he handed over the sketch he drew and pretended was from Douglas. The Bold and the Beautiful spoilers say Thomas may go a bit further next time. Will he manipulate Douglas into doing what he wants? It wouldn’t take much work since Douglas already loves Hope and wants her to be his new mommy.

Perhaps Thomas will plant some ideas in Douglas’ head. He may suggest something that Douglas will go to Hope about later. Anything that weighs on Hope’s heart and pulls her closer will be a good thing for Thomas. He wants to make Hope see that they can be a real family. Hope just has to decide this is what she wants, so Thomas will try to help her see the light.

The Bold and the Beautiful spoilers say Thomas will make a daring move during the week of April 29-April 3. That could certainly tie in with Douglas like we mentioned. Then again, Thomas might be able to pull some stunt at work. He could even begin dropping hints about his lingering feelings for Hope, but he won’t want to come on too strong and scare her off. After all, Hope is still married to Liam.

Thomas needs to be patient, but that doesn’t seem to be his strong suit. Will Thomas botch his next scheme and cause a setback in his “Lope” sabotage efforts? Will Hope actually be vulnerable enough to fall for it instead? We’ll give you updates as other B&B news comes in. Stay tuned to the CBS soap and don’t forget to check CDL often for the latest Bold and the Beautiful spoilers, updates and news.