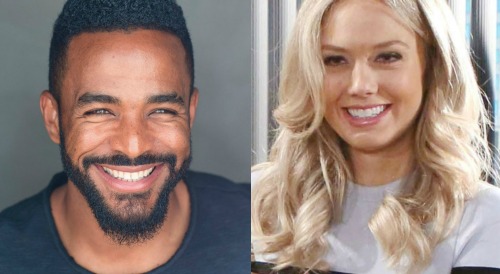 The Young and the Restless (Y&R) spoilers tease that Abby Newman (Melissa Ordway) will continue to throw herself into her new restaurant. She was already eager to show what she’s made of with this ambitious project, but it’s now more important than ever. After being cheated on by Arturo Rosales (Jason Canela), Abby has become fed up with men and the world in general.

After ordering Mariah Copeland (Camryn Grimes) to help with a media blitz, Abby made her goal crystal clear. She insisted “everyone will know that Abby Newman isn’t just some empty-headed gullible princess that people can push around and take advantage of.” Since Abby’s had a string of major romantic failures, she may view this restaurant as the one thing she can control and make a success.

The Young and the Restless spoilers suggest Abby’s restaurant will indeed be a hit, but will that really be enough for her? She got burned and will need time to heal, but she’ll have to move on eventually. Abby’s love life may take a backseat for a bit, but perhaps it’ll ultimately take center stage again when she least expects it.

Of course, that leads to the question of which hunk Abby might move on with. She’ll have a hot option when Sean Dominic takes over as a Nate recast. Brooks Darnell did fine playing Genoa City’s jack-of-all-medical-conditions doctor, but Y&R could never find a romantic pairing or story for him. Those are the bread and butter of soaps, so we get why the show wanted to go in another direction.

Dominic seems like the kind of actor who could mix and match with many of Y&R’s leading ladies. Ana Hamilton (Loren Lott) is an obvious option since she still hasn’t had a love story, but there’s no guarantee she’ll be open to love yet. She told Devon Hamilton (Bryton James) she wasn’t quite ready to move on after what happened in her last relationship.

Ana also has a different storyline going on with her father, Jett Slade (Gilbert Glenn Brown), which could keep her busy for a while. If Nate doesn’t fall for Ana or things don’t work out between them, what about an Abby and Nate pairing? It’d be easy to kick something off by having Abby get injured and cared for by Nate at the hospital. They could form an unexpected bond that leads to love.

Nate is kind and doesn’t seem like someone who would betray Abby. That’ll be incredibly important to her since Arturo’s cheating cut so deep. Could Nate be the fresh romantic start that Abby needs? Do you think Dominic’s Nate and Abby would have some sizzling chemistry?