The Young and the Restless Spoilers: Camryn Grimes Attacked By Cyber Bully 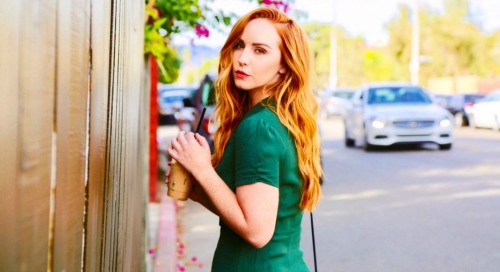 The Young and the Restless (Y&R) spoilers tease that Camryn Grimes, the actress who plays Mariah Copeland, is dealing with a cyber bully on Twitter. She has tried to reach out to Twitter Support and they seem to not be able to stop the harassing tweets. The Y&R fans are calling for the social media platform to find a way to protect Grimes from this outright abuse.

A few days ago, the Twitter handle @WallaceKamel posted the following tweet to Linsey Godfrey (Sarah Horton, Days Of Our Lives),”@linseygodfrey I have two confessions I hate Camryn Grimes because she is a terrible actress and a white supremacist I wish I was wrong on both fronts but I am right. #YR #Firecamryngrimes.”

Of course, Linsey defended her friend and Camryn decided to address the tweet. She wrote, “Same person over and over, just makes a new handle/profile & gets right back to the same garbage. @TwitterSupport @Twitter is there nothing permanent you can do??”

One of Camryn’s followers said that Twitter needs to address this soon as it has been an ongoing problem for several years. Apparently, several months ago, it was said that Grimes’ skin color was too pale so she was sick and not well. It was a clear attack on her appearance.

While Camyn said these comments do not bother her, it has to be draining to see these vile remarks on her social media. Many of her followers encouraged her to ignore the threatening tweets and not pay them any attention.

While that may be the best course of action, how long must Camryn put up with this type of online abuse? Why is it okay for someone to tweet to her and insult her just because she’s an actress.

It isn’t right. Bullying in any capacity is wrong. It is not right to make insulting remarks about someone’s looks, acting ability, and suggest that she is racist.

Do you think that Twitter will do anything to silence the user who is harassing Camryn? Do you think this type of cyberbullying of soap opera actors and anyone else needs to stop? Don’t forget to come back later for more The Young and the Restless (Y&R) spoilers, news, and casting updates!

Same person over and over, just makes a new handle/profile & gets right back to the same garbage. @TwitterSupport @Twitter is there nothing permanent you can do?? https://t.co/QABqkKISLm

And this one. (Again same person) https://t.co/8RrgJp1xLl