The Young and the Restless Spoilers: Chelsea Gets Dumped, Nick Done with Adam’s Games – ‘Chick’ Finally Over for Good? 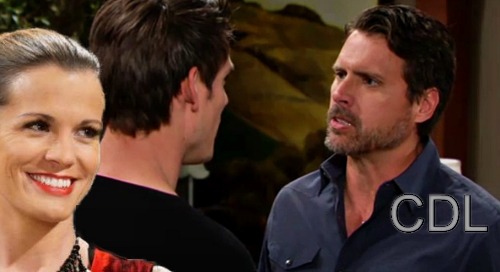 Adam was appalled that Nick thought he’d use his own kid to get Chelsea into bed. It’s safe to say Adam’s feelings for Chelsea are getting stronger, but he truly seems committed to putting Connor first. Since that’s Chelsea’s goal as well, it’s reasonable that they’re bonding over their boy.

Connor definitely wants his parents back together, so he’ll undoubtedly rev up his efforts to push Chelsea and Adam closer. The Young and the Restless spoilers suggest Nick will become more and more disgruntled over the situation. The longer Chelsea’s at Adam’s penthouse, the wider the rift for “Chick” will become.

As Nick faces plenty of warnings about what’s happening right in front of him, he may decide to take drastic action. Victor and Nikki may be behind one of those warnings. Y&R spoilers say they want to protect Nick, so they may remind him of Chelsea’s history – both her personal one and the one she shares with Adam.

Nick may come to realize that he’ll always have to worry if he sticks with Chelsea. There’ll never be true trust between them since Adam’s always going to be a factor due to Connor. During the week of December 9-13, Chelsea will put her relationship at risk. She’s been doing that already, but it sounds like Chelsea will truly leave her future with Nick at stake this time. Chelsea could be on the verge of losing Nick forever.

Will Nick decide enough is enough? Will he dump Chelsea and insist he just can’t do this anymore? The Young and the Restless spoilers say Chelsea will face a new reality during the week of December 16-20. She’ll struggle with this change, so perhaps Chelsea will indeed get broken up with. Nick may force the split and leave Chelsea to seek comfort from Adam soon enough.