The Young and the Restless Spoilers: Jessica Collins Back to Y&R – Avery Bailey Clark Returns to Genoa City 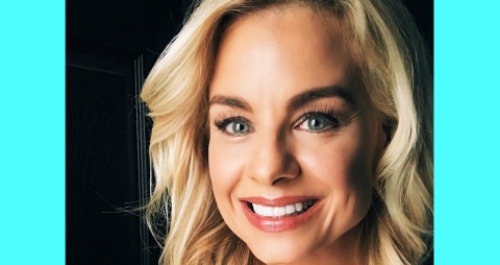 The Young and the Restless (Y&R) spoilers tease that another big return may be in the works. Y&R fans will remember Jessica Collins as Avery Bailey Clark. She played the role from 2011 to 2015, but it looks like she’s set to play it once again.

On Instagram, Collins posted a lovely pic along with an intriguing caption. She said, “All smiles today at work, reprising one of my favorite roles! Love reuniting with this cast and crew and can’t wait to share the details with all of you. Stay tuned!” Collins couldn’t divulge what role or show yet, but…come on. It has to be Avery on The Young and the Restless.

One glance at her IMDb page will tell you this is the only show where Collins would be reuniting with a cast and crew she loves. It also makes sense considering Y&R’s recent push to bring back more familiar faces. The Young and the Restless spoilers have been hinting at additional comebacks, so here’s another.

Naturally, many Avery fans were pumped about Collins’ announcement, which she also shared on Twitter. They were quick to hope she was indeed returning to Y&R, but we’d say they don’t have to worry about that. It seems like a done deal that Avery is on her way back to Genoa City. It’s probably just a matter of waiting on the show to officially confirm it.

What will Avery be up to once she hits town again? Some Young and the Restless viewers have suggested Avery could be Adam Newman’s (Mark Grossman) attorney in the custody battle. That move wouldn’t go over well with Avery’s ex, Nick Newman (Joshua Morrow)! Still, everyone has a price. Adam could even blackmail Avery into cooperating if he felt she was his best option.

Of course, Avery will also have to catch up with her scheming sister, Phyllis Summers (Michelle Stafford). Y&R watchers could get some fun scenes out of that reunion. Will Avery stick around long-term or will this just be a quick trip home? Time will tell, but it sounds like we can look forward to Avery’s comeback.

How do you feel about all the recent returns? Are you glad to see some familiar faces back in the mix? We’ll give you updates as other Y&R news comes in. Stick with the CBS soap and don’t forget to check CDL often for the latest Young and the Restless spoilers, updates and news.

All smiles today at work, reprising one of my favorite roles! Love reuniting with this cast and crew and can’t wait to share the details with all of you. Stay tuned! 😘🎬❤️