The Young and the Restless Spoilers: Kristoff St. John’s Handwritten Will Emerges In The Aftermath Of His Death

BY hellodrdavis on March 25, 2019 | Comments: one comment
Related : Soap Opera, Spoiler, Television, The Young and the Restless 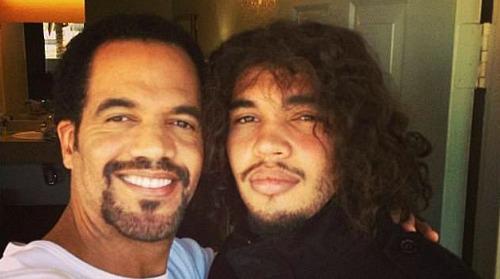 The Young and the Restless spoilers has some news to pass on about Kristoff St. John’s final wishes. The Blast is reporting that Kristoff, who portrayed Neil Winters on Y&R, may have left behind a handwritten will that could dictate how his assets will be divided up between his next of kin and who administers his estate.

Kristoff’s father, Christopher St. John, officially filed the handwritten document with the court that was purportedly written by Kristoff on August 12, 2017. Previously, Kristoff’s eldest daughter Paris St. John, who filed to become an administrator of her father’s estate, told the court that she believed Kristoff died without a will. So, sadly, there seems to be a dispute between Christopher and Paris over Kristoff’s final wishes.

The handwritten will appears to be signed by Kristoff and states the following: “In the event of my untimely death, I leave behind my personal savings, located in Wells Fargo bank. The monies are to be divided 75% Lola St. John and 25% Pairs St. John, my two daughters. $100,000 check to my dad – deposit – he must give money for Lola immediately. Paris shall get a lump sum. I want the director of my estate to be my father Christopher St. John – He alone will decide where my personal properties will go. These are my wishes.”

The Blast is also reporting that Christopher St. John’s filing states that he needs power over his son’s estate right away so he can deal with various financial issues, including a debt related to Kristoff’s home mortgage.

Further, Christopher also claims an issue with Kristoff’s life insurance policy. According to the filing, “Petitioner is also concerned about a life insurance policy with Lincoln National, where Decedent was insured. He believes the beneficiary designation might have been changed without Decedent’s knowledge.”

Hopefully, these issues will be resolved peacefully in the courts and all parties will be able to agree on how to proceed. Our thoughts are with Kristoff’s family during this time. Stay tuned to the CBS soap and don’t forget to check CDL often for the latest Young and the Restless spoilers, updates, and news.