The Young and the Restless Spoilers: Kristoff St. John’s Handwritten Will Leads To Family Dispute 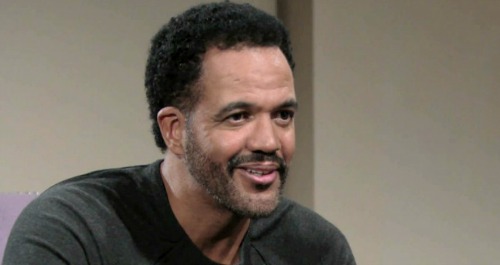 The Young and the Restless spoilers has some more news to pass on about the situation involving the late Kristoff St. John’s will and an apparently escalating family dispute over the handling of his estate. Kristoff portrayed Neil Winters on Y&R until his untimely death in February 2019.

As CDL has previously reported, Kristoff’s father, Christopher St. John recently made a filing with the court alleging that Kristoff left behind a handwritten will indicating how his assets should be divided and naming Christopher as the administrator of his estate. This was after Kristoff’s eldest daughter, Paris St. John, filed to become administrator of the estate and told the court that she believed her father died without a will.

Now The Blast is reporting that Paris has filed an objection to Christopher’s motion to become the administrator of Kristoff’s estate. Paris is claiming that the handwritten will “was written inside a private diary and was not intended to be seen by third parties…The document would never have been found if someone had not opened the decedent’s private journal.”

And according to The Blast, Paris believes that Kristoff’s wishes were for a neutral party to be in charge of his estate, and that while financial matters within the estate need to be handled, Christopher shouldn’t be named the administrator.

Finally, it appears that Paris is alleging that the handwritten will has been tampered with. Specifically, she alleges that a page has been removed from the will that dealt with Kristoff’s personal property, and that this places the validity of the document in question.

So this leaves the situation as follows: Paris wants Christopher’s motions for the handwritten will to be honored and for himself to be appointed the estate administrator to be denied, and she’d like for a neutral party to be appointed to administrate Kristoff’s estate.

We’ll keep you informed as this story develops. Stay tuned to the CBS soap and don’t forget to check CDL often for the latest Young and the Restless spoilers, updates, and news.