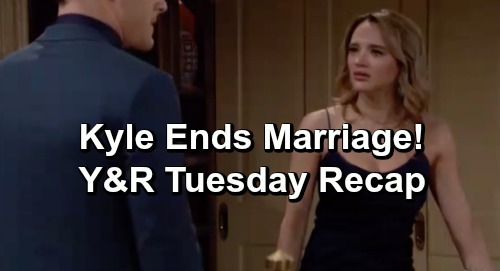 The Young and the Restless (Y&R) spoilers and recap for Tuesday, April 23, tease that a few more guests will arrive for the restaurant opening. Traci Abbott (Beth Maitland) will be on hand to congratulate Abby Newman (Melissa Ordway) and get updates from Cane Ashby (Daniel Goddard). He’ll let Traci know that things didn’t work out with Lily Ashby (Christel Khalil), but Traci won’t think their story’s over yet.

Meanwhile, Devon Hamilton (Bryton James) will wonder why Lily decided to come with Cane. Lily will suggest that people would’ve talked if she’d attended alone. However, she’ll assure Devon that the divorce is still happening. Lily will feel like they both need to move on from this marriage and find different paths.

Later, Lily will notice Devon and Elena Dawson (Brytni Sarpy) enjoying themselves. She’ll be happy for the new lovebirds, but Cane will bring her attention back to their marriage. The Young and the Restless spoilers say Cane will once again push for another shot at making this work.

Next, Mattie Ashby (Lexie Stevenson) and Charlie Ashby (Noah Alexander Gerry) will show up without Neil Winters (Kristoff St. John). They’ll explain that Neil wanted to take a shower before he joined them, so he stayed behind. When Neil’s delay takes a little too long and his family can’t get in touch, Devon will decide to go see what’s up. 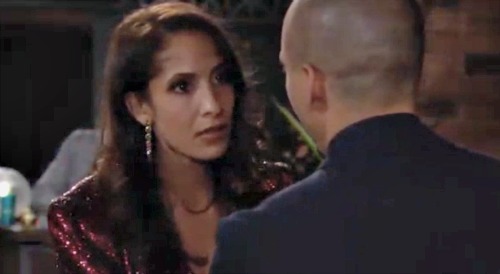 At the penthouse, Devon will call out Neil’s name and get no response. He’ll come downstairs in tears after making a horrible discovery. Over with Summer Abbott (Hunter King), she’ll have a huge fight with Kyle Abbott (Michael Mealor). They’ll return home to spar over Nick Newman’s (Joshua Morrow) outburst and the reason behind it.

Summer will get upset about Kyle kissing Lola Rosales (Sasha Calle) and beg him to stop hurting her. Kyle will be apologetic, but he’ll hint that maybe they aren’t meant to be. Summer won’t want to give up on what they have together, so she’ll push for honesty moving forward. She’ll want Kyle to end things with Lola, but he’ll insist that he can’t.

Back at Society, Tessa Porter (Cait Fairbanks) will notice that Lola seems down in the dumps. She’ll get Lola to open up about all the drama going on with Summer and Kyle. Lola will worry that Kyle won’t be able to call it quits with Summer. She’ll even wonder if she should be rooting for him to do so, but Tessa will feel confident that Lola’s the one Kyle wants.

Other Young and the Restless spoilers say Devon will deliver the news of Neil’s death. Y&R will provide some powerful moments without dialogue, but Lily’s reaction will tell us all we need to know. Her family will rally around her as they try to process this heartbreaking loss together.

It sounds like Tuesday will bring a can’t-miss episode. We’ll keep you posted as other Y&R details emerge. Stay tuned to the CBS soap and don’t forget to check CDL often for the latest Young and the Restless spoilers, updates, and news.