The Young and the Restless Spoilers: Victor’s Plan for Adam Crashes and Burns – Ruthless Son Brings Danger and Destruction

BY Heather Hughes on April 28, 2019 | Comments: one comment
Related : Soap Opera, Spoiler, Television, The Young and the Restless 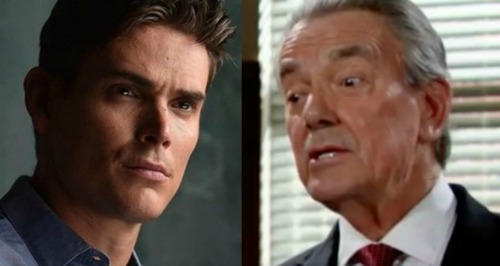 The Young and the Restless (Y&R) spoilers tease that Victor Newman’s (Eric Braeden) shocking secret will change everything. He’s keeping something massive under wraps, and it seems it ties in with all the Las Vegas drama. Victor assured Victoria Newman (Amelia Heinle) that it was business and nothing more, but Y&R fans know better than that. Victor obviously has something up his sleeve.

Nikki Newman (Melody Thomas Scott) is also hoping to get to the bottom of all this. Victor appeared to be on the verge of coming clean, but Neil Winters’ (Kristoff St. John) tragic death put that on hold. However, Victor won’t be able to dodge this bullet forever. Even if he isn’t willing to confess, Rey Rosales (Jordi Vilasuso) will be on the case.

The Young and the Restless spoilers say Rey will indeed uncover a bombshell. It’ll rock Sharon Newman (Sharon Case) to the core – most likely because of how it might affect Nick Newman (Joshua Morrow) and his loved ones. All the puzzle pieces are coming together for Adam Newman’s (Mark Grossman) stunning return.

Sooner or later, the Newmans will have to learn the crazy truth. Y&R spoilers state that Victor will make a significant choice for the sake of his family and his legacy. Of course, Victor may live to regret that decision – at least initially. It looks like it’ll blow up in Victor’s face with some unanticipated and even dangerous ramifications.

The Young and the Restless spoilers say Adam will return during May sweeps, so it appears the decision will be to bring Adam home. Victor may want Adam to reclaim his spot in the family and his company. Since he hired a psychiatrist, Adam clearly isn’t quite himself these days. That could be where the risk comes in and why Victor’s even had to mull over this choice.

Victor will decide the risk is worth it, but he may have a change of heart once a potentially ruthless Adam strikes hard! The Young and the Restless fans won’t want to miss the twists and turns ahead in this storyline. We’ll give you updates as other Y&R news comes in. Stay tuned to the CBS soap and don’t forget to check CDL often for the latest Young and the Restless spoilers, updates, and news.