The Young and the Restless Spoilers: What Billy Miller’s General Hospital Exit Means for Y&R – Will He Return as Billy Abbott? 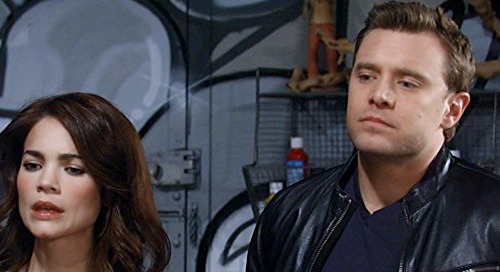 The Young and the Restless (Y&R) spoilers reveal that a big name just became available, so fans are wondering if he’ll land back at the CBS soap. Of course, we’re talking about Billy Miller, who confirmed he’s leaving General Hospital. Miller played Drew Cain on GH, but Y&R viewers will remember his run as Billy Abbott. He was a fan favorite at the time, so it’s worth considering if he might return.

Gina Tognoni was a popular and widely accepted Phyllis Summers recast, but they still gave her the boot to bring Michelle Stafford back. Jason Thompson, who currently plays Billy, doesn’t seem completely safe considering that move. If a talented Daytime-Emmy winner like Tognoni can get fired for no reason other than nostalgia, anything is possible.

However, there are some important factors to consider here. The first is if Miller would even want to make a comeback. He might if the price is right, but he may try to score some primetime roles instead. Miller already scored a recurring role in a new thriller series called Truth be Told. He may get busy with more auditions for a while just to see what happens.

We should also point out that the new regime’s vision doesn’t seem to be working. Executive Producer Anthony Morina as well as Co-Executive Producer and Head Writer Josh Griffith had a goal in mind when they took over. They wanted to get back to the old look and feel of The Young and the Restless.

In an interview with Soap Opera Digest, they called it returning to a place of “iconic sensibility” – whatever that’s supposed to mean! Rehashing long-buried storylines and ignoring several years of character development may not be the way to go. Since the ratings aren’t reflecting any excitement from Young and the Restless fans, perhaps we shouldn’t assume Thompson will get fired and replaced by Billy’s former portrayer.

It’s possible TPTB will dig their heels in and double down by trying to hire Miller. They could also shift gears before it’s too late and try something else. It all comes down to ratings, so they have to decide what will give them the most bang for their buck.

Would Miller’s return really bring old Y&R viewers back in droves? Probably not to be honest. He certainly has his fair share of fans, but so does Thompson. It doesn’t seem like this change would be that big of a deal ratings-wise. Even so, it’s an option after that Phyllis swap that rocked the soap world.

Despite the outcry over Tognoni’s firing, Stafford stepped back in with ease and Miller would undoubtedly do the same as Billy. The Young and the Restless spoilers say Billy’s currently losing his grip on reality, so there’d be a simple transition strategy. Thompson’s Billy could head to a psychiatric facility for a bit and come back with Miller in the role.

There’s no guarantee that’s what Y&R will do, but the story does present the opportunity. Regardless, it’s a situation to keep an eye on in the months ahead. We’ll give you updates as other news comes in. Stay tuned to the CBS soap and don’t forget to check CDL often for the latest Young and the Restless spoilers, updates and news.