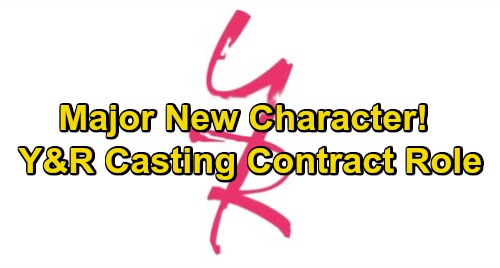 The Young and the Restless (Y&R) spoilers tease that fans can look forward to a new arrival in Genoa City in the coming months. Daytime Confidential is reporting that Y&R is currently looking for a series-regular actor for the role of “Jeff.”

According to Daytime Confidential, Jeff is described as an African American in his late 20s to early 30s who has “smoldering good looks” and is driven, strong, sexy, and full of energy. He’s someone who’s successful but also has a bit of an ego and a sneaky sense of humor.

Might Jeff be a potential love interest for Ana Hamilton (Loren Lott)? It originally seemed that TPTB were going for a romance between Ana and Fenmore “Fen” Baldwin (Zach Tinker), but that doesn’t seem so likely anymore. If anything, Ana seems perpetually annoyed with Fen’s lack of work ethic, and these two seem too different to get together.

Or, Jeff could be someone who will give Fen a run for his money in the singing department. Fen recently messed up big time when he didn’t show for a very important public singing event, and he’s lucky to still be on Devon Hamilton’s (Bryton James) LP label. Perhaps Jeff will swoop in as some new talent to take on Fen.

It will be interesting to see who Y&R select for this exciting new role. Are you looking forward to Jeff’s arrival in Genoa City? Stay tuned to the CBS soap and don’t forget to check CDL often for the latest Young and the Restless spoilers, updates, and news.