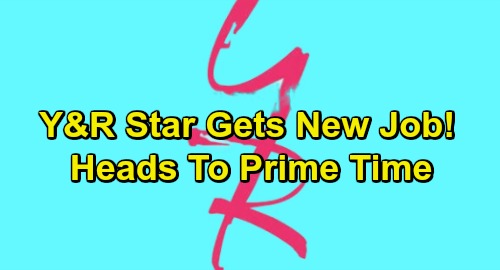 The Young and the Restless (Y&R) spoilers reveal that one CBS soap star is headed to primetime with a new job. Y&R fans know Kelly Kruger as Mackenzie “Mac” Browning, who popped up not too long ago for the drama of J.T. Hellstrom’s (Thad Luckinbill) memorial service. Mac will likely return down the road as more J.T. cover-up chaos erupts, especially if her ex turns out to be alive at the end of all this.

However, Kruger’s staying busy with other projects in the meantime. She recently scored a guest spot on The CW’s iZombie, which is set to air its final season this year. Kruger will portray Vanessa Collins in an exciting new episode. You can catch Kruger in this fun series on May 2, so her fans will definitely want to mark that date down and tune in.

Kruger’s also been doing some TV movies during her Young and the Restless downtime. She had a part in BFF Bride, which was released earlier this month. That film also starred Ryan Paevey, who used to play Nathan West on General Hospital. It’s always nice to see soap alums featured in great new roles!

Kruger has another TV movie in the works called No Place Like Home. It stars Kruger along with Kristoff St. John (Neil Winters), who recently died and will receive a special tribute through Neil’s story this April on The Young and the Restless. Stacy Haiduk (ex-Patty Williams on Y&R and Kristen DiMera recast on Days of Our Lives) is also part of this flick, which is currently in post-production.

As for Kruger’s future as in Genoa City, she seems up for more scenes as Mac. When a fan tweeted Kruger about her iZombie role, he suggested that he didn’t want to wait until May for a Kruger sighting. This viewer’s hoping for another round of Mac before then. Kruger shared the tweet with her fans and added some emoji hearts as her response, so it sounds like she loves the idea.

Are you glad to see Kruger scoring primetime work? Would you like to see Mac back in GC soon? We’ll give you updates as other Y&R news comes in. Stick with the CBS soap and don’t forget to check CDL often for the latest Young and the Restless spoilers, updates, and news.