The Young and the Restless Spoilers: Abby and Devon New Love Story – Y&R’s Next Hot Couple?

BY Heather Hughes on January 10, 2019 | Comments: one comment
Related : Soap Opera, Spoiler, Television, The Young and the Restless 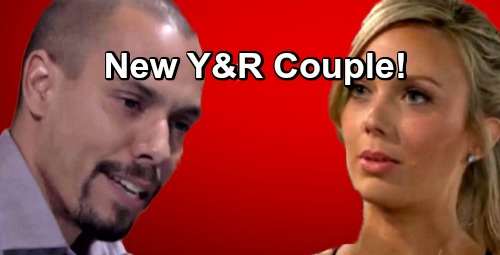 The Young and the Restless (Y&R) spoilers tease that Devon Hamilton (Bryton James) will keep inching toward happiness and healing. He’s had a rough time since he lost Hilary Hamilton (Mishael Morgan), but Ana Hamilton’s (Loren Lott) support has meant a lot. Dr. Nate Hastings (Brooks Darnell) has also done his part to make Devon feel like he’s got people in his corner.

Once Devon has fully worked through his complicated feelings, he can begin to move on. It’s tough to believe Y&R will keep Devon single forever. Sooner or later, Devon will need another love interest. Who will The Young and the Restless ultimately pair him up with? There’s one option that fans are starting to suspect.

In addition to the help Devon’s getting from Ana and Nate, he’s found it beneficial to throw himself into work. Devon’s been busy running his streaming label, but he made time to back Abby Newman’s (Melissa Ordway) latest endeavor, too. They’ve been figuring out the details of the trendy new bar and restaurant they’re set to open. Abby and Devon are proving to be a pretty good business team.

Could these two be a good team romantically as well? It’s easy to imagine the show heading in this direction. After all, Abby and Arturo Rosales (Jason Canela) seemed doomed. When Mia Rosales (Noemi Gonzalez) hit town, Abby was immediately concerned about the temptation Arturo might face. He assured Abby that he was over his ex, but that’s clearly not the case.

The Young and the Restless spoilers say Arturo will likely blow up his romance with Abby by cheating, so a breakup seems inevitable. Abby has proven she has no qualms about moving on quickly. It may not be long until she forgets all about Arturo and lets sparks fly with Devon. He’s undoubtedly pretty lonely these days, so he may not fight it too much – at least not the initial burst of attraction.

Y&R has had moments where they’ve toyed with Abby and Devon’s chemistry. They never really had the need to go there as long as Hilary was around. Will they go for it now? Will Devon and Abby actually become an item?