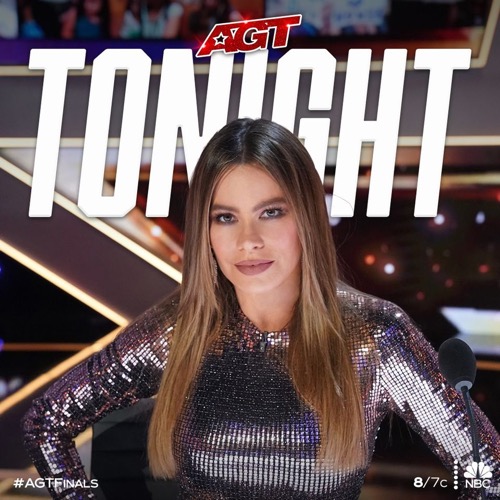 It’s the Finals! These ten acts or performers as you will have come from all around the world and, with their performances tonight, they were closer than ever to win it all.

Up first was Sofia’s Golden Buzzer. Roberta Battaglia is a young woman who grew up singing. She would sing with her father and now she’s singing on her own. She performed the song “Scars To Your Beautiful” by Alessia Cara. She also kept her number simple with a diamond background and a cute pink dress to match. Roberta’s everything else simply because she knew her voice would do all the work for her. She was an incredibly talented young woman. She has an adult voice and she delivered a strong performance. The judges had enjoyed it and America seemed to be loving, but now one will know what the results will be until after the votes are counted.

Voting is open until tomorrow. Until then, it was onto the next act. BAD Salsa went next and this dance duo from India has pushed through to the Finals thanks to the judges’ vote. The judges no longer have that power anymore. It was all up to America and so BAD Salsa delivered one of their most daring performances to date. They did lifts no one had ever seen before. They also had great energy which just attracted the audience to them and the judges for one were team BAD Salsa. They all loved the dance duo. They said they would fly to Las Vegas and even to India to see them in action. And so it was great that they got to dance tonight live from the studio.

The show had a quick look back. They looked at everything that’s happened this past season “America’s Got Talent” and, while it was scary in some ways, it was also great in others. Sofia joined this season. She was a welcomed addition to the judges’ table and she’s enjoyed herself while she’s here. She like the others were sad that Simon missed out on the last several episodes. He was instrumental at the start of the season and so it sucks that he can’t be there in person to see how it all ends. The Finals were some of the best performances anyone’s ever seen. They were still entertaining watching from home but not by much. And with the judges all expressing hearty “get well soon” to Simon, it was onto to the next act.

Kenadi Dodds went next. She performed Carrie Underwood’s “Love Wins” and her performance was simple as well. She usually heads for a great background with a faux garden and everything and so her performance tonight was stripped down to her voice. She didn’t have a piano or a guitar. She just sang the hell out the verses. She was an amazing country singer and the judges liked the route she took tonight. They said it showed Kenadi was ready to stand on her own. She didn’t need to hide behind any instruments anymore and you could see throughout the season how much her confidence has grown. If nothing else, she can take that with her.

Brandon Leake went next. He is a Spoken Word Poet and that was new for AGT. They never had anything or anyone like him before. Brandon was new. Well, not entirely new. He did try out before and he got turn down because back then he wasn’t ready. He is ready now. He was excited to listen because he captured the human emotion so well and he opened up the competition for poetry. People who weren’t fans before were fans now. Brandon spoke about parenthood tonight and that connected with the judges. They loved his performance tonight. They thought he was talented and America seems to agree with the way they’ve been actively voting for him.

Next up was Broken Roots. The singing guitarists’ duo were a band on their own and tonight they performed Phil Collins’s “In the Air Tonight”. They did an almost country rendition of the song. Which sounded great. It also looked great being performed because these two didn’t go for the simple route that everyone else was doing. They brought in a truck and were singing from on top of it. They also brought in fireworks. Broken Roots were fighting to stay in the competition and some of that was because they were once sent home. They came back with a vengeance, though. Broken Roots managed to stand apart from the many singers tonight and that was a hard task.

Archie Williams is a singer. He’s also an inspiration for the wrongfully convicted and it was his talent as well as his story that convinced the judges to vote him through to the Finals. They believed in him then and they still believe in him now. Simon was so moved by Archie’s story that he became an Ambassador for the Innocence Project and he was just one person that was affected by Archie. There were hundreds of others. They were writing to Archie to tell him their stories and how much they believe in him. Archie also had an amazing voice. He performed “Blackbird” by the Beatles and his rendition was so beautiful in its own way that the judges later said that tonight was his best performance.

The Bello Sisters went next. They were an acrobatic trio from Italy. They were also genuinely sisters and they were quite close. The sisters did everything together. They exercised together, shopped together, and they’ve said tonight that they might even be too close. The sisters said their closeness was why they worked so well together and they delivered another stellar performance tonight. The only one who didn’t seem to enjoy it was Howie. He said the women were shaky. They usually do their performance with a tremendous amount of control and so the fact he saw shakiness meant they weren’t at their best tonight.

Up next was another singer. Daneliya Tuleshova was another talented young woman from Kazakhstan and she performed Sia’s “Alive”. She too went big. She had a rainforest with rain effects as her background and there were even some flying butterflies. Daneliya went big and hopefully, it pays off. It was really her voice that America was voting on. They’ve loved her voice so far and she took on a complicated song tonight. Anything of Sia’s was complicated. They were so many hidden depths them and the fact she chose such a song worked in her favor. Daneliya wasn’t just another singer. She was now the one that took on Sia.

Alan Silva was next. He was another acrobatic act and he was on his own. He didn’t do his act with other people. He alone went up onstage and performed heroic acts of balance, upper body strength, and rhythm. Alan had left his family back home while he pursued his chance on AGT, but thankfully the show flew out his wife and she got to watch him perform tonight. Alan like always was great to watch. His performances were very theatrical with everything from the background to what Alan was doing was very on point. And it would have been really nice to find out what the judges had to say but there just wasn’t enough time for that tonight.

Cristina Rae went last. She was another singer and she usually goes for the church songs or the huge ballads. She instead chose Imagine Dragons. She performed their song “Demons” and the judges loved it. They say she gets better with each performance and that was clearly true tonight.