Days of Our Lives Spoilers: How You Can Watch DOOL – Impeachment Trial Preemptions Update – What to Expect 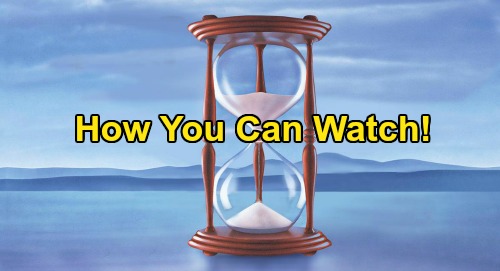 Days of Our Lives (DOOL) spoilers reveal that impeachment trial coverage will continue to affect plenty of viewers. DOOL’s still being preempted in many areas, but we have an update to pass along! There are several ways you can catch up on Days if you miss any episodes.

Some markets are airing the show in other timeslots or on their secondary channels, so you may want to check your local listings for exact info on that. However, you can always head over to NBC.com and watch full episodes there. The show’s also available On Demand and on the NBC app, so there are several ways for viewers to watch all the action.

Days has scored praise in the soap world for moving ahead with their episodes. General Hospital fans have been stuck without their soap, so it’s nice that DOOL watchers aren’t missing out. Most people have access to the Internet and can catch up online without too much trouble.

It might be an inconvenience for some, but at least Days viewers didn’t miss out on those action-packed time jump reveal episodes. The show delivered some powerful performances and major bombshells, so these episodes have definitely been worth seeking out.

Of course, some fans may not like the hassle or perhaps don’t have the ability to watch online for whatever reason. If you’re in that boat, you can at least check out all our hot Days of Our Lives spoilers and news here at CDL. It’ll give you a good idea of what’s going on and keep you in the loop on what’s next.

Speaking of what’s next, Days of Our Lives spoilers say love’s about to get complicated. Nicole Walker (Arianne Zucker) has a mess on her hands thanks to Kristen DiMera (Stacy Haiduk), who told Eric Brady (Eric Martsolf) about Nicole’s latest “romance.

Nicole isn’t really with Brady Black (Eric Martsolf), so she’ll have to explain that to Eric – but not before he kisses Sarah Horton (Linsey Godfrey)! Meanwhile, Brady and Kristen’s bond will grow stronger. They’ve been getting closer as they mourn the “death” of their little girl, but they’re both in for a huge shock thanks to the baby swap.