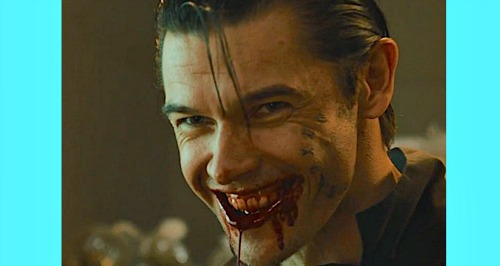 Days of Our Lives (DOOL) spoilers has some great news to share about a new project for a popular DOOL star. Paul Telfer, who portrays Xander Kiriakis on the NBC soap, has a new feature film dropping in a matter of days. The film is called Green Rush and it drops on Tuesday, April 14th.

If you’re fortunate enough to follow Paul on Instagram, then you’ve probably seen his recent posts about the film. Paul posted several photos and the trailer for the film along with the following caption: “ALMOST HERE. GREEN RUSH is out on DVD and VOD 4/14/2020. Based on true events, a struggling legal cannabis farmer must risk everything to protect his girlfriend and their unborn child from a psychotic predator and his criminal accomplices. @greenrushmovie @lionsgate HERE. WE. GO.”

Some of Paul’s Days of Our Lives costars have responded with enthusiasm to his post. Kristian Alfonso (Hope Brady) liked the post, and Eric Martsolf (Brady Black) and Lamon Archey (Eli Grant) responded with positive emojis. And Stacy Haiduk (Kristen DiMera) commented: “Yeah!!! I am ready. Are you playing the psychotic predator??? To that, Paul replied, “Such a stretch!”

One look at the trailer for the movie, and you can see that Paul is indeed playing the part of a psychotic predator, and he looks pretty intimidating in the movie! He’s shown threatening the protagonists and being really scary. It definitely looks like a great thriller, and we can’t wait to watch it!

Paul’s followers are excited about Green Rush as well. One follower on Paul’s Instagram commented: “Looks awesome! Can’t wait to see it!” Another follower said: “It looks amazing…you go Xander!!” And another follower responded with humor and referenced what’s going on with Xander on DOOL: “Let’s talk Days!!!! You are in so much trouble!!!!!”

Of course, that person was referring to the fact that Xander is about to get caught big time in a major coverup. As DOOL viewers know, he and Victor Kiriakis (John Aniston) perpetrated a baby switch, and Sarah Horton (Linsey Godfrey) just found out about it. Things are about to go down in a big way!

So it seems it will be a big week for Paul Telfer both in terms of what’s happening to Xander on DOOL, but also because of his new film being released. By the way, you can see Green Rush on Video on Demand or via Redbox. Be sure to check it out! Stay tuned to DOOL and be sure to check CDL often for all the sizzling Days of Our Lives spoilers and news.

ALMOST HERE GREEN RUSH is out on DVD and VOD 4/14/2020 Based on true events, a struggling legal cannabis farmer must risk everything to protect his girlfriend and their unborn child from a psychotic predator and his criminal accomplices. So excited for you all to see it! @greenrushmovie @lionsgate HERE. WE. GO