Days of Our Lives Spoilers: Why Kristian Alfonso Quit DOOL – What to Expect When Hope Brady Exits This Fall 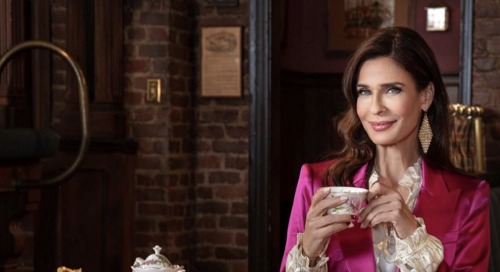 Days of Our Lives (DOOL) spoilers reveal that viewers have questions following Kristian Alfonso’s (Hope Brady) announcement that she’s leaving the NBC soap. Alfonso won’t be returning to set when DOOL resumes production this September, so what really went down? Why is Kristian Alfonso leaving Days of Our Lives? Here’s what we know about Alfonso’s departure and the story behind it.

First, we should mention that it was Alfonso’s decision to exit. Of course, it’s certainly possible that Days asked Alfonso to take a pay cut since there have been some budget issues at the show. Regardless, Alfonso wasn’t fired and ultimately chose to leave.

Many DOOL fans were stunned when the news broke since no one had been talking about this particular departure. Several other exits had already leaked, but Alfonso’s came as a surprise.

It turns out there’s a reason for that. Days of Our Lives insiders confirm that Alfonso made this decision during the shutdown. It was a recent choice, so that’s why it seemed so sudden and shocking.

That also means Days had no idea the last episode Alfonso filmed would be her final one. They expected Alfonso to come back on set along with everyone else, so Hope won’t get an exit arc.

Hope will simply be gone, so DOOL writers will have to write an exit that’s already happened. Someone will probably just mention that Hope left town and offer a little explanation in the dialogue.

There’s always a chance Alfonso will eventually make some return stints here and there. Alison Sweeney (Sami Brady) comes back every so often, so Alfonso might join that club of former stars who come home for certain stories or events.

Whatever the case, Alfonso seemingly felt it was time to end her official run. In a statement to Deadline that she later shared on Instagram, Alfonso suggested she was ready to write her next chapter.

Between potentially being offered less money and COVID-19 crisis concerns, Alfonso might’ve decided it just wasn’t worth it to film anymore.

Bottom line, Alfonso quit and seems at peace with the decision, so that’s what matters! She had to do what was right for her, so we wish Alfonso the best. We’ll pass along updates as other Days details emerge.