Eastenders Spoilers: What Will Phil Mitchell Do When He Finds Out Keanu Taylor is Still Alive? 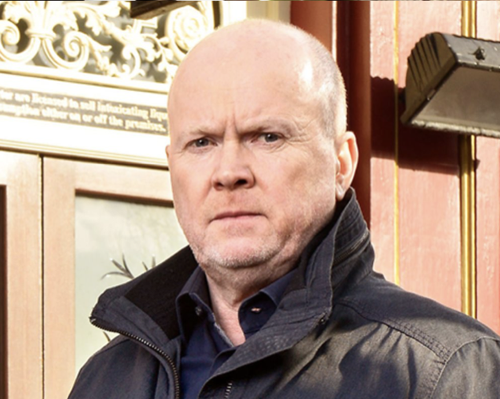 Eastenders spoilers confirm Keanu Taylor (Danny Walters) is still alive and he is determined to get revenge for being “killed.” Meanwhile, Phil Mitchell (Steve McFadden) is on the run. However, the actor is going to return at some point and when he does, how will everything play out? Keep reading to learn what could happen on the British soap opera.

Keanu Taylor’s ‘Murder’ – As fans recall, Phil found out that the father of his wife’s baby was none other than Keanu. In a soapy twist, the young man is also the father of Phil’s granddaughter. In a fury, Phil wanted Keanu dead and Ben Mitchell (Max Bowden) was going to make it happen.

However, instead of doing it himself, he struck a deal with Martin Fowler (James Bye). Then, to complicate matters, Linda Carter (Kellie Bright) got involved when she woke up after a hellish and drunken New Year’s Eve and stumbled up the near-murder.

In the end, Keanu wasn’t killed but they did make a video showing him “dead.” However, secrets never stay hidden forever in the soap universe and this is no different.

Phil Mitchell Flees – Eastenders spoilers confirm Phil fled Walford after being arrested on suspicion of murder. Fans wondered if he would come back or not. The actor’s status has not been confirmed but there is good reason to believe that he will be back.

Eastenders Spoilers: Returns and Revenge – On Friday night, fans saw the return of Keanu and he is determined to get payback. In upcoming scenes, he will demand money from Ben. He might just get it too because he is using Callum Highway (Tony Clay) as his target.

Truth Bombshells Teased – Eastenders spoilers suggest when Phil comes back, he will find out the truth about Keanu. First of all, that will clear him of murder, but only if he can prove that Keanu is still alive. He will definitely want revenge but he won’t be able to have him killed anytime soon or it will make him automatically the top suspect.

Then, there is what could happen when Ben informs Phil of what Martin did to squirm out of their deal. It seems that this situation won’t end well.