Eastenders Spoilers: When Does Phil Mitchell Return? Plus What Happens Next 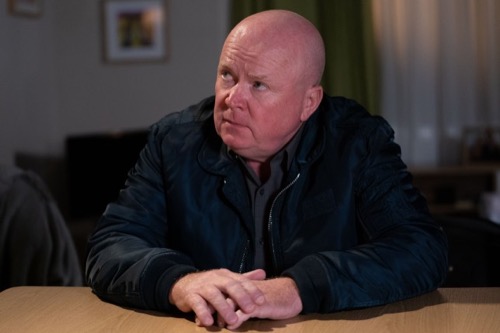 Eastenders spoilers confirm Phil Mitchell (Steve McFadden) returns after a short absence. The character fled after his arrest for suspicion of murder. Now he is back in town and on the search for Keanu Taylor (Danny Walters). What date will he reappear and what can we expect from the character?

When Does Phil Mitchell Return? – According to the preview pictures from the network, Phil is first mentioned to appear on Thursday, February 20 episode. The character might show up before then, but this is the first mention of him in official spoilers that have a specific date.

Eastenders Spoilers: Issuing Threats – Next Thursday, expect Phil to be on a mission. Learning Keanu is still alive and holding Callum Highway (Tony Clay) hostage, he will threaten Karen Taylor (Lorraine Stanley). He demands to know where Keanu is hiding. It is doubtful she will give up her own son, though. Especially after everything she went through trying to get answers when he went missing.

Searching For Keanu Taylor – Eastenders spoilers tease the search for Keanu lands him on The Vic’s boat party. Phil and Ben Mitchell (Max Bowden) will also be there, which means there will be a whole lot of drama and conflict. Something tells us that there won’t be any forgiving and forgetting with this group of characters.

We already know that Keanu has been in contact with Sharon Mitchell (Letitia Dean). The suspense builds in the 35th-anniversary trailer when Phil is seen at the end making eye contact with his estranged wife.

The Vic’s Boat Party Ends in Death – It is confirmed the boat party will end in death, but who dies remains a mystery. It was recently suggested that the victim won’t be the person fans are expecting to die. Keanu has a target on his forehead, but will he really be the one who meets his demise? Or could someone else meet a grisly fate that will end up leaving viewers in shock?

We will find out soon enough when these episodes air during the week of February 17. Keep watching the soap to see how this storyline ends.