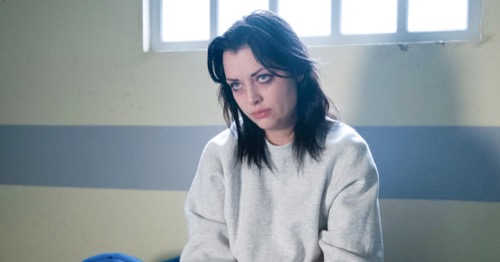 Eastenders spoilers for the week of February 24, 2020, reveal lives are still impacted by the events of the 35th-anniversary special. A lot happened and we’re not just talking about the boat party. Expect Whitney Dean (Shona McGarty) to lie to authorities and her lawyer. Daniel Cook (Adrian Edmondson) will make a promise, who then is fed a lie. Plus, one character scrambles to cover their tracks, but will they get caught?

Also, Jean Slater (Gillian Wright) suggests Daniel stay with her after learning that the hospice is being shut down. As for the rest of the characters, everyone will still be reeling from the boat party devastation.

Eastenders Spoilers for Tuesday, Feb. 25: Suspects, Suspicions and Secrets – On Tuesday’s episode, expect Gray to suspect Whitney isn’t telling him the whole truth about her case. Specifically, she is keeping the fact that she called Michael “Mick” Carter (Danny Dyer) that night a secret. However, the truth will eventually come out if anyone pulls her phone records.

The stress from the case will get to Gray and he ends up snapping at the children. This causes Chantelle to worry. Elsewhere, Daniel makes Jean a promise.

Thursday, Feb. 27: Jean Slater’s Lie Revealed – Eastenders spoilers reveal Jean tries not going to her oncology appointment. However, Daniel forces her to attend. She gets her latest test results. The scan has come back clear, but she doesn’t tell Daniel the good news. She lies to him and claims she didn’t get the results. The truth won’t stay hidden for long. Someone else ends up telling Daniel the truth.

Friday, Feb. 28: Criminal Cover-Up Has Consequences? – It is teased that everyone is trying to get back to their normal lives after the tragedy. However, one character will run into trouble when their lies begin to unravel. It is also suggested that someone tries to hide the truth with a cover-up. Could this be Mick, who went to great lengths to help Whitney deal with Leo’s dead body?