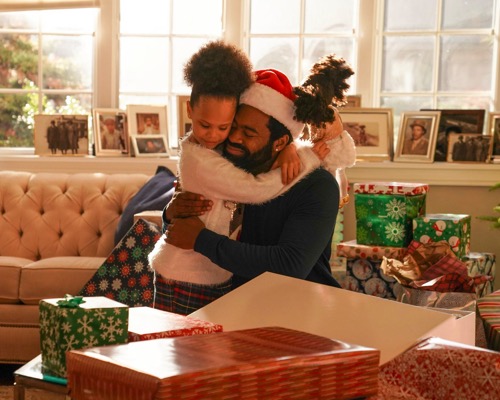 Tonight on ABC their new legal drama For Life inspired by the life of Isaac Wright Jr. airs with an all-new Tuesday, March 10, 2020, episode and we have your All Life recap below.  On tonight’s All Life season 1 episode 4 “Marie,” as per the ABC synopsis, “In a unique episode taking us back nine years, Marie struggles in her marriage to Aaron as she deals with the turbulence of Aaron’s arrest, trial, and incarceration.”

Marie runs to her car after leaving prison. Words of her incarcerated ex Aaron ring in her ears after handing him his police file that was dropped off at her door.

A Year Before The Arrest – Marie is at the hospital. Her coworker hands her a letter of record for nursing school. Later, she meets with Aaron and his business partners. They drink to buying a club together.

Time goes by. It’s Jasmine’s birthday. They are all celebrating. That night Marie and Aaron talk about whether she should go to nursing school. She doesn’t know if she should do it. It is a lot. He thinks she should do it. She isn’t sure if this is what she wants to do. He wants her to be happy. She is, she tells him.

Aaron and Marie are at his club, dancing and having fun. Out of nowhere, the police arrive and start making arrests. Aaron is taken away.

Marie arrives at the prison to talk to Aaron through the glass. He didn’t get bail. They are really trying to stick it to him. He tells her how his partner dumped a girl who overdosed months back. He doesn’t know what is going on.

Marie sees their lawyer who tells her they may take the house. She heads back to jail to tell Aaron. They need to sell the house. He doesn’t want to but agrees. She needs them to be a team.

Eight Months Later – It is Jasmine’s birthday. She wishes for her father to come home. She talks to one of Aaron’s friends, Darius. He comforts her when she shares she is scared.

Marie meets with Aaron and his lawyer. Michael and a girl named Angela have pinned him for drug trafficking. He declares his innocence. Marie tells him maybe he needs to make a deal because it looks like there is no way out. He refuses to take a plea.

In court, Aaron is pinned for everything with several witnesses taking the stand and lying. Aaron takes the stand. They make him look like a liar.

The prosecution shows a video of Aaron and Michael outside of a hospital with a young woman who overdosed. They then detail how Aaron knew his friend and partner was dealing with drugs and how he did nothing to stop it or protect himself and his family. Marie goes home and is sick, throwing up while she cries after hearing her husband sentenced to prison.

Later, she finally brings their daughter to see Aaron in jail. In the car after their visit, Marie has to tell Jasmine that her dad isn’t coming home soon. But he is going to fight.

It is Marie’s birthday. Everyone is there to celebrate and commend her for becoming a nurse. Darius gets a great gift. Her dad tells her that she is going to have to face reality and move on. He heard about Aaron’s plan to become a lawyer behind bars. Whether he is innocent or not, he was reckless with his family and he cannot forgive that.

Marie heads to visit Aaron. He tells her all about his plan to become a lawyer. She heads to work. After, Aaron calls her on a burner phone. He tells him the loves her. She pauses when she tells him she loves him back.

Marie meets Darius for a drink. They talk about Aaron. It is hard to believe he has been locked up for 7 years.

Marie visits Aaron and asks for a divorce. She cries. He doesn’t understand why she is doing this now. She gets up and leaves, crying.

It’s another birthday for Marie. They all have fun. Jasmine goes on a date. Everyone leaves after the party. It is just Marie and Darius. She has noticed he never misses a birthday. He tells her he loves them. She tells him not to go when they look like they might kiss. He ends up staying.