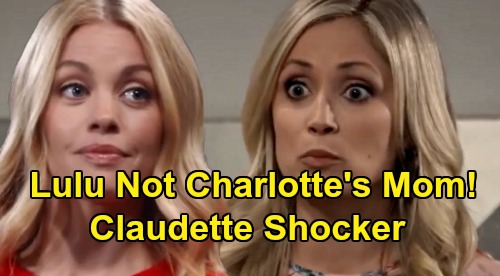 General Hospital (GH) spoilers tease that Valentin Cassadine (James Patrick Stuart) will lose everything if Nikolas Cassadine’s (Marcus Coloma) claims prove accurate. He’s being stripped of Wyndemere, his fortune and the title of being a Cassadine. Valentin has also lost the love of his life, Nina Reeves (Cynthia Watros), so Charlotte Cassadine (Scarlett Fernandez) is the one thing he’s got left.

Of course, Charlotte also happens to be the most important thing to Valentin, so that could be important moving forward. There are a couple of ways GH could take this story. General Hospital has definitely been playing up Valentin and Charlotte’s bond lately.

For example, there was that significant scene where Charlotte divulged her fears about the wedding blowing up again. After Valentin reassured her, Charlotte hugged him and expressed how much she loved her papa. Valentin declared that he was the luckiest father in the world.

It’s possible General Hospital is setting Valentin up for an even worse fall, but his fall’s pretty bad already! Are they going to strip Charlotte from Valentin, too? Valentin’s connection to Charlotte is something that humanizes him. It’s something that even many Valentin haters acknowledge as being pretty special.

Could GH be showcasing Valentin and Charlotte’s bond for a different reason? General Hospital fans know a custody battle’s brewing – and Lulu Spencer’s (Emme Rylan) bound to have more leverage now. She’ll want to make sure Valentin’s cut out of the picture completely, but what if she’s the one who gets burned instead?

It’s clear that Charlotte adores Valentin most of all. She loves Valentin, Nina and Lulu – in that order! It took a long time for Charlotte to warm up to Lulu. Although they do have a bond now, it’s nothing compared to what Charlotte shares with Valentin.

How many times has Charlotte insisted she wanted to go with her papa, not Lulu? Valentin is the one Charlotte counts on to make it all better.

Could there be a deeper reason for Lulu and Charlotte’s lack of connection? It’s not that they don’t connect at all, but they definitely don’t connect as much as they could or should.

Will this Claudette mission turn out to be a mistake? Could it lead to the revelation that Lulu isn’t really Charlotte’s mother? Laura might find out the truth along with Curtis and be forced to break that devastating news to her daughter.

This would also be something Valentin could use as he fights his way back from defeat. He may soon be able to eliminate Lulu from Charlotte’s life like he wants to. It’s an interesting option to ponder since this storyline is set to heat up soon.