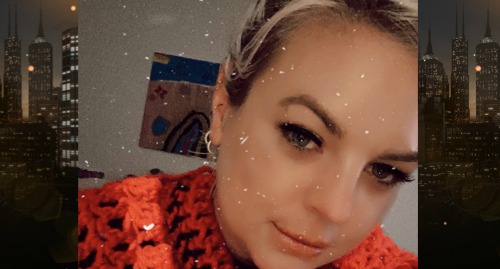 General Hospital (GH) spoilers tease that Maxie Jones (Kirsten Storms) will follow through on a plan. In the last episode before the shutdown, Maxie was rattled to discover she might be pregnant.

Although Maxie was initially reluctant to visit her doctor over her latest symptoms, her pregnancy suspicions changed her mind. Maxie should get confirmation when new GH episodes resume starting Monday, August 3.

What happens after Maxie’s doctor provides ‘Paxie’ pregnancy proof? What will Maxie’s next move be following positive test results? It’s safe to say Maxie will freak out even more at first. Maxie will have to wrap her head around this shocker herself before she can think about telling Peter August (Wes Ramsey).

However, Maxie should settle down and get used to the idea eventually. Since Maxie knows Peter’s good with kids, she may become more comfortable with the idea of telling him. Peter will be a great dad to this little one in Maxie’s opinion.

Although this wasn’t something Maxie was planning on, she may start to embrace this baby as a new chapter.

Maxie will probably start working out the details of when and where she’ll tell Peter. This may be something Maxie wants to reveal soon after she learns she’s indeed pregnant.

Maxie isn’t a big fan of secrets, so she may think she needs to go ahead and drop the baby bomb. Maxie may not see any reason to wait, but a big reason could pop up and change her mind.

On Friday, August 7, Maxie will face second thoughts about something. That might tie in with some Deception or another issue, but it makes sense for this to be about Maxie’s pregnancy. Will Maxie nearly come clean to Peter before stopping herself? What could prompt a change of heart here?

That brings us to some other General Hospital spoilers for Friday, August 7. Anna Devane (Finola Hughes) will become Peter’s defender again during a heated showdown. That might involve Robert Scorpio (Tristan Rogers), who’s never been convinced of Peter’s innocence.

Could Maxie overhear Anna and Robert arguing? Will Robert have new evidence that leaves Maxie battling doubts about Peter and their future together? Maxie might listen in as Robert shares new info – possibly relating to how Peter set up Liesl Obrecht (Kathleen Gati) or targeted Holly Sutton (Emma Samms).

Whatever the case, Maxie may wind up keeping her pregnancy a secret until she can get to the bottom of all this. Maxie may delay the baby bomb for now! As other GH news rolls in, we’ll deliver more updates.