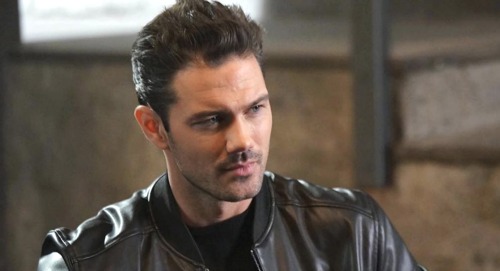 General Hospital (GH) spoilers has some unfortunate news to pass on about a former cast member of the ABC soap. Ryan Paevey, who portrayed Nathan West on General Hospital, is quite active on social media, and normally he shares what he’s up to with new projects and the like, but recently he shared some upsetting news – someone stole his motorbike.

Ryan posted a graphic on Instagram that pictures his motorbike along with the title “Bike Stolen” and a description of the bike. The bike was stolen on the night of September 23 in Hollywood.

Ryan’s caption reads: “Happy Birthday to me. Someone stole my bike last night….if you’re around LA and see it, drop me a line. The bike stands out….you’d know it if you saw/heard it. Any help is appreciated.”

Ryan’s birthday was September 24, and it sounds like might have discovered the bike was missing on the morning of his birthday. It’s an unfortunate and no doubt infuriating situation for Ryan.

Ryan has posted pictures of his beloved bike – a 2019 Supercharged Triumph Bonneville Bobber – on his feed in the past. Ryan seemed to thoroughly enjoy riding and posting pictures of his adventures on his feed, and now to have the bike gone is tragic.

Plenty of fans have weighed in on the terrible news about the bike as well. One person commented: “OMG, that’s horrible! I am so very sorry to hear that. I know how much you love your bikes. Praying you get it back safe and unharmed.”

And someone else said: “Oh that’s awful…Why can’t people leave things alone that aren’t theirs…If it’s not yours leave it alone.”

If you are fortune enough to follow Ryan on social media, then you probably know that he has a company called Fortunate Wanderer. Ryan sells custom prints of his photographs from his travels and bike adventures, as well as outdoor gear and jewelry.

It’s a real shame that Ryan’s had to go through this, and as of yet he hasn’t posted any further updates on the investigation.

We sincerely hope that Ryan’s bike is safely recovered. Stay tuned to the ABC soap and be sure to keep CDL as your go-to source so you don’t miss any of the latest General Hospital spoilers, daily episode recaps, or news.

Happy Birthday to me. Someone stole my bike last night….if you’re around LA and see it, drop me a line. The bike stands out….you’d know it if you saw/heard it. Any help is appreciated.