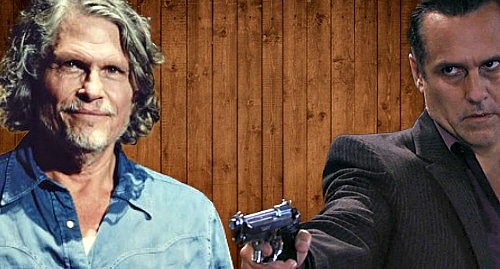 General Hospital (GH) spoilers tease that Sonny Corinthos (Maurice Benard) will carry out a deadly plot, but can he really pull it off? Cyrus Renault (Jeff Kober) will score his freedom soon, which will give Sonny the opportunity to strike a lethal blow. However, it’s doubtful that things are really going to be that simple.

After all, it wouldn’t be much of a story if Cyrus is released, Sonny kills him and then boom, it’s over. That’s just not the kind of thing soaps do! They have to deliver maximum drama, so Cyrus’ murder immediately following his prison release wouldn’t make sense. They’d be cutting off the drama instead of letting this rivalry spiral out of control.

It’s possible Cyrus could be killed and some of his loyal goons could retaliate, but why when GH has a truly nasty villain in Cyrus? General Hospital set Cyrus up as a big baddie, so he can’t be taken down that easily. It’s far more logical for Cyrus to be trickier to handle than Sonny thought.

Cyrus is a total narcissist as Kevin Collins (Jon Lindstrom) pointed out after his evaluation. It’s clear that Cyrus prides himself on being powerful, so his battle with Sonny may be far from over.

Will Cyrus thwart Sonny’s upcoming attack and set up one of his own instead? Wil Sonny botch his efforts and give Cyrus an opening to fight back? No matter how you slice it, Cyrus seems poised to deliver another major blow.

Sonny’s family has already been put in jeopardy through the shootouts Cyrus ordered. If Sonny tries and fails to kill Cyrus, you can bet Cyrus will retaliate. Cyrus will likely try to hit Sonny where it hurts, which would mean going after his loved ones.

Carly Corinthos (Laura Wright) could be at risk along with all Sonny’s children and grandchildren. There’ll certainly be a lot at stake as this war escalates.

General Hospital spoilers say Sonny’s bound to win in the end, but serious damage can be done between now and then. Sonny will work hard to protect the people he cares about, but will it be enough? Cyrus is a real threat, so he may deliver fatal or at least near fatal consequences after Sonny’s next move.

As other GH news emerges, CDL will have lots of updates for you. Will Sonny’s war with Cyrus get worse before it gets better? Will Sonny’s family be in danger again soon enough? Be sure to check back regularly for fantastic General Hospital spoilers, updates and news.