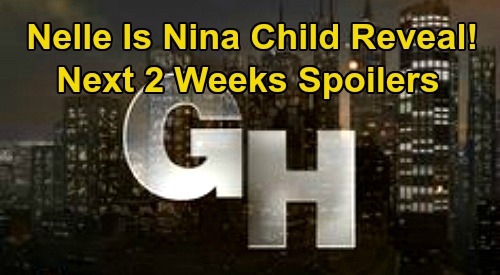 General Hospital (GH) spoilers for the next two weeks tease that the action’s about to heat up in Port Charles. During the week of April 6-10, Robert Scorpio (Tristan Rogers) will deliver bad news about Cyrus Renault (Jeff Kober). Despite Laura Collins (Genie Francis) and Kevin Collins’ (Jon Lindstrom) last-ditch effort to keep Cyrus off the streets, it looks like Cyrus’ freedom will indeed be granted.

Jordan Ashford (Briana Nicole Henry) will hate that she’s putting a horrible human like Cyrus back out in the world, but it’s what she has to do for TJ Ashford (Tajh Bellow). The commissioner would do anything to get TJ back. TJ will thankfully be returned to his loved ones, but he’ll bruised and banged up when it happens.

Cyrus’ goons will toss an unconscious TJ out in front of GH, so at least he’ll get the treatment he needs ASAP. TJ’s going to be just fine, but his relationship may be a different story.

Molly Lansing-Davis (Haley Pullos) will pretend to love TJ’s idea about entering a domestic partnership, but she won’t be so sure deep down. It seems Molly will keep secrets and set her romance up for more trouble.

Later, Nina Reeves (Cynthia Watros) will hope she can get through to Nelle somehow. Maybe Nina will feel like Carly’s sabotaged Michael Corinthos’ (Chad Duell) shot at custody and try to undo the damage.

General Hospital fans will want to tune in for a special Carly-centric episode on April 8. There’ll be a shocking revelation contained in that episode that relates to Nelle. It seems likely GH will confirm that Nelle is actually Nina’s biological daughter, but it may take some time for Nina and Nelle to find out!

Other General Hospital spoilers say Hamilton Finn (Michael Easton) will make some last-minute party preparations. Finn will want everything to be perfect for Violet Barnes’ (Jophielle Love) birthday bash, but things are about to explode.

During the week of April 13-17, Violet’s birthday party will spark some strong emotions. Peter August (Wes Ramsey) will be a guest at this gathering, so he’ll probably be part of the problem.

It’s no secret that Robert still doubts Peter’s innocence, so Anna Devane (Finola Hughes) may blow up if Robert starts up again – particularly at Violet’s birthday party. This should be a time for celebration!

Of course, the only way Robert will truly celebrate is if Peter’s locked up for his crimes. Robert’s not buying that Liesl Obrecht (Kathleen Gati) belongs behind bars, so he’ll keep at it until he can hopefully bring Peter down. Violet’s party will be a disaster no matter what!

Over with Sonny, he’ll receive some disturbing news and take off. Will Sonny learn Mike Corbin (Max Gail) is dead? That’s something that Sonny might want to process alone, but Carly will be a mess when he doesn’t come home.

Sonny will also have a heated showdown with Nikolas Cassaine (Marcus Coloma) later, so keep watching for some tense scenes.

In the meantime, Willow Tait (Katelyn MacMullen) will be fixated on Wiley Quartermaine-Corinthos (Erik and Theo Olson). There’ll be plenty of worries about Nelle and what she’ll do if she scores full or partial custody. Michael wants Wiley’s mom out of the picture, so he’ll keep working toward that goal.

Other General Hospital spoilers say Brook Lynn Quarermaine (Amanda Setton) will have lots of support to offer. Will Dustin Phillips (Mark Lawson) be on the receiving end?

Will Brook Lynn give Lulu Spencer (Emme Rylan) surprising support instead? Either way, it seems significant that Brook Lynn is in Dustin and Lulu’s orbit. Despite Brook Lynn’s claims, her spark with Dustin may be poised to reignite.

Next, Jason Morgan (Steve Burton) and Sam McCall (Kelly Monaco) will break their own promise. After settling on staying away from each other, they just won’t be able to do it.

Jason will sneak moments with Sam, so that’s good news for “JaSam” fans. Sam and Jason need to figure out a way to be together, but these stolen minutes here and there will have to do for now.

After Nelle bumps into Valentin Cassadine (James Patrick Stuart), they may put their heads together and plot against Michael. Regardless, there’s usually trouble involved when Nelle and Valentin are in the same room! General Hospital spoilers point to some scheming that may play out in the coming weeks.

Finally, Sam will get some shocking updates and speak her mind. She’ll have a reason to put Brando Corbin (Johnny Wactor) on notice, so this protective big sister may feel like she has to warn him away from Molly.

It sounds like some exciting episodes are coming up, so GH fans won’t want to miss what’s in store. CDL will have even more General Hospital spoilers, news and updates as they come in.