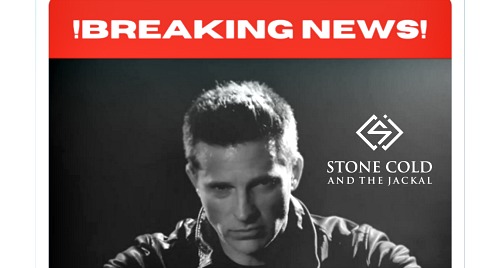 General Hospital (GH) spoilers reveal that Steve Burton (Jason Morgan) and Damian Spinelli (Bradford Anderson) shared some huge news on their Stone Cold and The Jackal social media accounts. GH fans may have heard that the show’s set to deliver new episodes by August 3, so production is now underway. Burton and Anderson offered confirmation in their recent posts.

“Who’s ready for some #GH? We’re back to work!!!!” said a tweet by the Stone Cold and The Jackal, which Burton retweeted. They included a previously used promo pic of Jason on his motorcycle along with a caption that said, “BREAKING NEWS! We are back at work…and we can’t wait for you to see!”

Many General Hospital fans had been growing impatient due to all the secrecy and silence, so it’s great to see a big, bold statement like this. It confirms that viewers will see Jason, Spinelli and tons of other fan favorites soon enough.

Since GH aired their last original back in May, fans are certainly ready to see all the show’s hottest stories pick back up again. There’ll undoubtedly be some new stories as well.

In response to this comeback confirmation, General Hospital fans have been rejoicing. “Stay SAFE everyone we can’t wait to watch #GH,” one fan replied on Twitter. “I’m ready as long as you guys stay safe,” another viewer insisted. One more fan tweeted, “Oh yeah!! Totally excited!!”

General Hospital spoilers say there’ll be some serious issues for Jason to tackle once new episodes hit the screen again. Cyrus Renault (Jeff Kober) has made Jason a target, so danger is brewing.

There’ll be other bombs dropping, too – like the revelation that Nelle Benson Jerome (Chloe Lanier) is Nina Reeves’ (Cynthia Watros) long-lost daughter. That half-heart pendant is sure to cause quite a stir and so will the judge’s upcoming custody ruling.