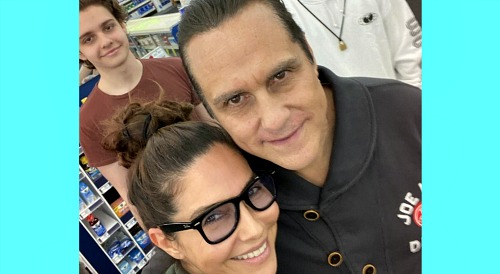 General Hospital (GH) spoilers reveal that two former costars recently had a heartfelt reunion. GH fans know Maurice Benard as Sonny Corinthos in Port Charles – and many viewers remember Vanessa Marcil as Brenda Barrett, too. Sonny and Brenda were a couple that had plenty of fans rooting for them.

Marcil exited GH back in 2013, so it’s been a while since viewers saw Brenda in PC. However, that hasn’t stopped Brenda and Sonny fans from hoping they might reunite. Although there are currently no plans for that on General Hospital, Benard and Marcil came together in a surprising place: a Walgreens!

This drugstore encounter had Brenda and Sonny fans cheering thanks to a pic on social media. Marcil had her son, Kassius Green, with her at the time. Benard’s son, Joshua Benard, also joined in the photo. It was a fun family affair that had everyone grinning – especially those who have been missing Brenda and her chemistry with Sonny. It’s safe to say fans of this pairing appreciated this post.

“Two generations of actors……. Thank you @mauricebenard for loving the craft & loving all of us with your truthful and generous heart. Go order Mo’s book #nothinggeneralaboutit,” Marcil said on Instagram.

It was nice of Marcil to promote Benard’s autobiography, which fans can preorder online. Nothing General About It will officially be released on April 7, so be prepared if you want your copy ASAP! As for this reunion pic, General Hospital viewers were quick to chime in with supportive words.

“Sonny & Brenda forever…love love love this,” one GH fan gushed. “You two are fire together,” another General Hospital watcher insisted. “I hope one day we will get Sonny and Brenda together again onscreen.” One more viewer said, “You two! Giving us fans so much hope!”

Of course, Sonny will remain focused on his marriage to Carly Corinthos (Laura Wright) for now. General Hospital spoilers say more “CarSon” drama is brewing, so Sonny and Carly will have to keep fighting for their future and their family.

Do you miss Vanessa Marcil as Brenda Barrett? Would you like to see Sonny and Brenda reunite someday? We’ll give you updates as other GH news comes in. Stay tuned to the ABC soap and don’t forget to check CDL often for the latest General Hospital spoilers, updates and news.

Two generations of actors……. Thank you @mauricebenard for loving the craft & loving all of us with your truthful and generous heart. Go order Mo’s book #nothinggeneralaboutit