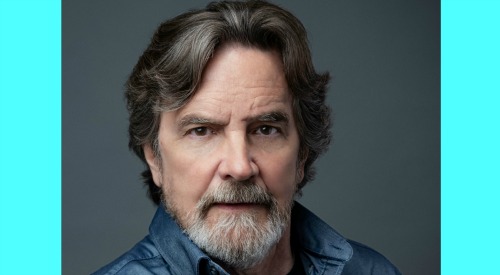 General Hospital spoilers reveal that Alexis Davis (Nancy Lee Grahn) could certainly use a distraction since she can’t be with Neil Byrne (Joe Flanigan) for two years. Could Dr. Cameron Lewis (Lane Davies) pop back in Port Charles and shake things up?

General Hospital isn’t the first soap opera that Lane and Nancy have worked together on. When Lane played Mason Capwell on NBC’s Santa Barbara, his character eventually married and had a child with Julia Wainwright Capwell (Nancy Lee Grahn).

Lane and Nancy played off each other very well and always left their fans wanting more. The banter between these two actors would definitely liven up our GH screens. It’s always nice to see some sizzle in PC.

Nancy and Lane Had Great Chemistry

Speaking of sizzle, that’s one thing Nancy and Lane had no problem bringing to the table. Their chemistry was amazing as Mason and Julia. Whether Julia wanted to throw something at Mason or make passionate love with him, the chem just couldn’t be denied.

Lane and Nancy could go from joking about something to fighting furiously without skipping a beat. Whether they were doing a love scene or facing off, they always showed everyone the passion that Mason and Julia felt for each other. Nancy and Lane were a pure joy to watch together, so General Hospital should take advantage of their great onscreen chemistry.

Lane Still Has an Active Career

Lane Davies is known for his role as Dr. Cameron Lewis as well as many others. In addition to playing GH’s Cameron and Santa Barbara’s Mason, Lane has been featured on shows like Lois and Clark, Scrubs and more. Lane’s latest project is a TV movie calls Soul Wars where he plays a character named Smithers.

Would Lane consider coming back to General Hospital? A lot of soap actors are on board with making exciting returns, so it’s a possibility to consider. Whether it was for a long-term stint or just a few appearances, it’d be awesome to see Lane and Nancy working together once again.

Alexis was only seeing Cameron professionally in 2003 when they both agreed to being a mess, but the actors hadn’t lost that special spark. Lane and Nancy are magic no matter what show they’re on. The connection between them doesn’t grow old. Instead, it’s just matured like fine wine!

Since there’s no two-year clause to create issues for them, perhaps Cameron could offer Alexis a distraction while getting to know his grandson, Cameron Webber (William Lipton). Nancy and Lane are obviously comfortable with each other, and it translates to every pairing they’ve had.

Could Cameron and Alexis strike up a romance in Port Charles, even if it isn’t meant to last? Would you like to see Lane Davies make a GH comeback? As other news rolls in, we’ll deliver more updates.