If Princess Diana Had Survived – Would Prince Charles Have Married Camilla Parker-Bowles? 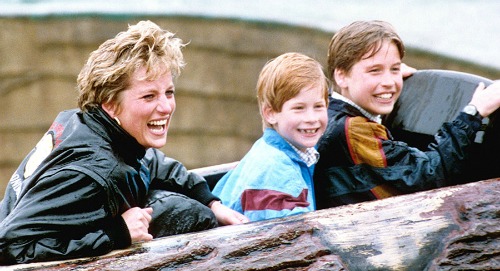 British royals news reveals that it’s been 15 years since Prince Charles Married Camilla Parker-Bowles in a civil ceremony at the Guildhall in Windsor. The wedding occurred just three years after the Church of England revised its rules about marriage after divorce, which made it possible for the couple to wed.

The affair was small, and Charles and Camilla later had their marriage blessed by the Church in St. George’s Chapel. And as royal watchers likely know, Queen Elizabeth did not attend the nuptials, but she was present at the church blessing and the wedding reception. The Queen reportedly chose to skip the nuptials since it was a civil service.

Well, one question that’s frequently bantered about has to do with whether things would have gone forward with Prince Charles and Camilla Parker-Bowles’ wedding if Princess Diana had survived the terrible car crash that took her life back in 1997.

One wonders if Prince Charles’ intention to marry Camilla Parker-Bowles would have been looked upon as disrespectful to Princess Diana from a public standpoint, and surely it would have. But what about the legalities and church rules? Would Charles have been able to marry Camilla had Princes Diana survived?

ABC News sheds some light on this question, saying: “If Diana were still alive, Charles could remarry because they were legally divorced. But he couldn’t do it in an Anglican Church.

The Church of England says that in some extreme circumstances a divorced person may remarry in the church even when their ex-spouse is still living, but Charles and Camilla probably wouldn’t meet its criteria.”

“Diana’s death technically would free Charles to marry in the church, but his intended, Camilla Parker-Bowles, is a divorcée whose first husband is still living.”

That settled the “could” question, but “would” Prince Charles have married Camilla Parker-Bowles if Princess Diana had survived. Surely, we’ll never know, but it probably would have been a hard-sell for much of the public, and it may not have even been blessed by the church.

Be sure to check back here with CDL for your British royals updates and news – we’ve got you covered.