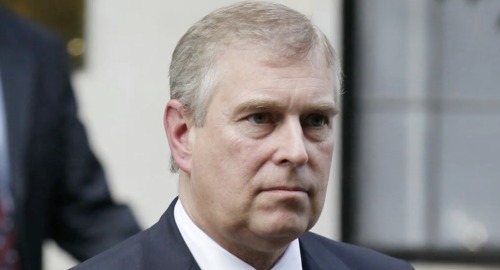 Prince Andrew hasn’t been in the spotlight since he voluntarily stepped away from his royal duties after a major scandal. His BBC interview about Jeffrey Epstein rocked the world, and caused trouble for the Royal Family. He hasn’t been seen in the public eye too often since then, at least, until recently. His appearance at the Commonwealth Day service sparked speculation he could be back to work.

In January 2020, Prince Harry and Meghan Markle announced they were stepping down from their royal duties. They also explained the decision to live in the UK for only part of the year. This created some chaos as it means others have to pitch in and take over their responsibilities.

“Megxit” came just a few months following Andrew’s controversial interview with BBC about multi-millionaire sex offender Jeffrey Epstein. It was a scandal that shocked the world and the Royal Family was forced to do damage control. He voluntarily stepped down from his royal duties and hasn’t really been seen much since then. He didn’t even attend his own daughter’s engagement party.

According to Express, Andrew appeared at the annual Commonwealth Day service. This had the public buzzing over whether he was back to work due to Harry and Meghan’s exit from royal life. Would they really bring him back to work after the huge scandal, which people are still talking about?

Buckingham Palace has responded to the inquiry and explained that Andrew’s appearance at the Commonwealth Day service was in a personal capacity, not a professional one.

More Appearances In the Future?

Despite the statement, there are those who believe Queen Elizabeth and the Royal Family are “sneaking in” Andrew and he might be taking on more royal responsibilities in the near future. A source seemed to confirm these suspicions to The Sun. Apparently, this appearance was a test for Andrew. The insider explained,

“He was dipping his toe in the water by going to the service but plans to go to more engagements soon… He’s innocent. He doesn’t see why he shouldn’t return to royal duties. He still has a lot to offer.”

What do you think of the possibility of Prince Andrew returning to his royal duties? Do you think Prince Andrew has any business making any royal appearances after his statements about Epstein? We will have to wait and see how this situation develops in the next few months.

Be sure to catch up on everything happening with Prince Andrew right now. Come back here often for royals news, and rumors!