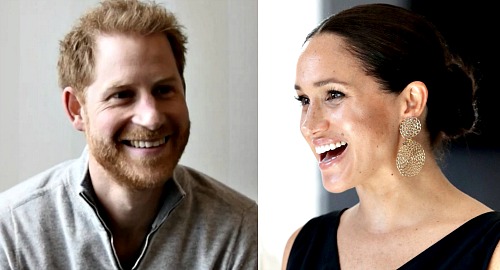 British royals news reveals that there seems to be a striking difference between how two royal couples are perceived and reported on these days. As royal watchers know, Prince Harry and Meghan Markle stepped back from their duties as senior royals this past spring, and they promptly moved to North America – first to Canada, then finally settling in the Los Angeles area, where they now reside with their one-year-old son Archie Harrison.

Well, when the coronavirus lockdown occurred, Prince William and Kate Middleton hunkered down in England, just as Prince Harry and Meghan Markle in Los Angeles.

But by all accounts, it would seem that William and Kate are shining as they emerge from lockdown and happily carry out their royal duties, while Harry and Meghan are struggling to adjust to their new normal and are even ruffling some feathers as they do so.

Both Prince William and Kate Middleton have been highly praised for coming out of lockdown at the appropriate time to draw attention to local businesses and organizations.

For example, Prince William recently visited a local bakery and an historic pub, and he chose to use his presence to draw attention to the struggles that small businesses have had. As a result, Prince William has come across as empathic and concerned about the community.

Likewise, Kate Middleton has been all over the news. Kate recently visited a children’s hospice and received glowing reviews, as she appeared quite at ease and comfortable in interacting with the children and parents at the center.

It’s even been said that Kate and William look very much relaxed and at ease, and that the lockdown has been agreeing with them.

And then there’s Prince Harry and Meghan Markle, who seem to be having a very different experience coming out of lockdown. There’s been quite a bit of negative news coming out about the couple, including reports that Harry is “struggling” to cope with being isolated in Los Angeles.

And then there are Meghan’s recent court filings, which state that she felt “unprotected” by the institution while she was pregnant with Archie.

In addition, the Sunday Mirror has reported that Meghan is struggling as well. To the outlet, a relative of Meghan reportedly said, “She has gone very quiet. I think she is likely to be feeling extremely low and probably struggling.” The source also claimed that Harry was “particularly down” on William’s birthday on June 21st.

And recently, Prince Harry has drawn controversy by stating during a video call that the Commonwealth must acknowledge its colonial past before it can move forward into the future.

That statement has resulted in some backlash for Harry, most notably since Harry is one of the most privileged people in the world, and since his grandmother Queen Elizabeth leads the Commonwealth.

At any rate, there appear to be striking differences between the two royal couples at this time. But you never know, Harry and Meghan may get their chance to shine in the coming months, once their charitable foundation Archewell is up and running and they get up to speed.

Do you expect to see Harry and Meghan bounce back once the lockdown is lifted or will they continue to complain while enjoying the lifestyle of the privileged few? Be sure to check back here at CDL for more British royals news and updates.