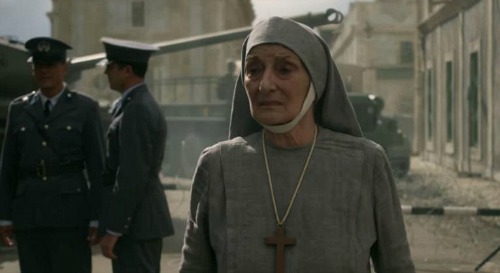 Princess Alice’s niece Lady Pamela Hicks spoke on the India Hicks podcast recently, during which she said the following: “I do remember hearing a story of Princess Alice who was engaged to Prince Andrew of Greece. He was a great tease and they were lying in bed presumably after they were married.”

Lady Pamela Hicks continued: “He said he had a very special present for her, so like everything other girl they think it is going to be a diamond broach. He said ‘no, it’s a motorcycle.’ And she burst into tears but of course it was a joke.”

Princess Alice was the great-granddaughter of Queen Victoria, who in 1930 suffered a nervous breakdown and was diagnosed with paranoid schizophrenia. Princess Alice was subsequently admitted to a sanitarium in Switzerland, where she was seen by Sigmund Freud among other famous physicians.

Princess Alice was then treated by electroshock therapy, after Dr. Freud concluded that her delusions resulted from sexual frustration. Dr. Freud recommended “x-raying her ovaries in order to kill off her libido.” Such practices would be considered inhumane by the profession today.

Eventually, Princess Alice was released from the sanitarium but broke off contact with the royal family until 1966. In 1969, Queen Elizabeth and Prince Philip invited her to live at Buckingham Palace, and she died later that year leaving no possessions behind. Be sure to check back here at CDL for more British royals news and updates.