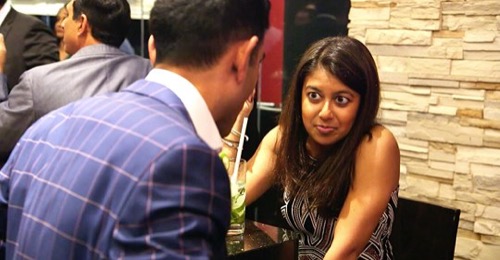 Tonight on Bravo, Shahs of Sunset continues with an all-new Friday, April 24, season 8 episode 12 called “The Persian Shore,” and we have your weekly Shahs of Sunset recap below. On tonight’s Shahs of Sunset Season 8 episode 12 as per the Bravo synopsis, “The Shahs are on a trip to Hawaii to celebrate Paulina’s 29th birthday. MJ makes an off-color remark and causes a stir with Mike and Paulina. Nema and GG find themselves having too much to drink, heightening the lingering tension between them.”

Mike invited the crew to Hawaii. It was supposed to be a treat for Paulina. It was her birthday trip and she really just wanted to spend it alone with her man. However, Mike wanted to share it with the others because he was again trying to play peacemaker. He wanted everyone to come with them because he thought some time away would do their friendships some good and his plan had worked. They all went to Hawaii together. It had been great in the beginning. They were all talking and clearing the air. MJ and Reza had opened up to each other. They both wanted to try again and MJ had wanted Reza to drop the charges against her husband Tommy.

She didn’t come out and say it right away. She hadn’t wanted to focus on it. She instead worked on her relationship with Reza and she also noticed a few things while everyone was on vacation. MJ noticed Mike’s pattern with his girlfriend. Mike tends to be controlling. He turns his girlfriends into subservient women and he has a history of this. He did this with Jessica. MJ is remembering everything that went down with Jessica and it has her looking at Paulina differently. She encouraged Paulina to break away from Mike. Mike had offered everyone a chance to go see the bees or go surfing. MJ chose surfing. She also cheered when Paulina chose it as well.

Mike went to go see the bees. He went with Reza, Nema, and GG. Mike was in the car with them when they began talking about random things and someone pointed out how much Nema and GG have in common. Mike thought the two should kiss. He encouraged them to kiss because they’ve had moments in the past and they never went after it. GG and Nema did kiss. Not then. It was much later on. It was a quick thing and there was a lot of hooting and hollering from the others. The group also went on to enjoy their afternoon with the bees. GG was told she was a bee in a past life. She said she used to like to sting people and that nowadays she doesn’t want to die for people.

The second group went surfing. Most of the people decided to do some actual surfing and so it was just Destiney and Paulina that chose to simply hang out. They were posing on their surfboards. Everyone else was attempting to surf and it was all good. Then MJ did what she does best. She found someone to antagonize and this time it was Paulina. MJ mentioned to Paulina that Mike doesn’t treat her right. MJ also added how happy she is since she married a white boy because he doesn’t treat her like Mike treats Paulina and so naturally Paulina became offended. She texted her boyfriend.

Paulina told him that MJ was starting crap. He decided to cancel some of the events with the bees and he rushed back to the house. Mike wanted to know what MJ was doing. He went first to Paulina to find out everything MJ said and he got upset with what he heard. He said he’s been through a separation and divorce. He doesn’t want to go through that again. He believes Paulina is the one for him and so he told MJ as much. He told her she crossed the line. She got upset because she claimed she was just joking around with Paulina. She got upset with him and Mike got upset with her. GG stepped in to tell Mike to stop engaging with MJ.

She said MJ needs to get her own life. GG later talked to Paulina about MJ and she told her that this is what MJ does. MJ craps on people. She does it because she gets enjoyment from it. GG was telling Paulina all of this when MJ came out. MJ came to apologize to Paulina because she said she was talking the sh*t. She didn’t mean for Paulina to take it so seriously. She realizes now that Paulina doesn’t know her so well and so she apologized because she said she didn’t want to ruin Paulina’s birthday. It was her birthday after all. The group later went to a luau to celebrate Paulina’s birthday and Paulina thanked everyone for coming.

Paulina doesn’t know MJ like the others. She was very understanding of MJ’s apology and the others weren’t. Both Destiney and GG thought this was typical MJ. MJ would say horrible things and then she would apologize afterward as if she didn’t mean to say them even though she did and so Mike was on guard now. He really loves Paulina. He doesn’t want anything to ruin his chances with her and it why he’s more on guard around his supposed friends. Mike had tried to get his mind off of what happened. He teased Nema. He tried to get Nema and GG to kiss again and they didn’t. Nema didn’t come around the table and so he missed his chance with GG.

Someone also mentioned the woman in Nema’s life. He pays for this girl’s rent and he had gotten upset when someone brought that up. He was also a little drunk. He went on about how this girl Erica saved him after his divorce and how important she was to him. Nema walked away from the dinner table because he didn’t think his friends were being respectful about Erica. GG went after him. She was high and so she had freaked out when she saw these little bugs everywhere. She did come down some when she remembered why she followed Nema. She talked to him about Erica and he admitted that he wished he could combine Erica and her to make the perfect woman.

Nema and GG were having a moment. Only Paulina ruined it with this game she came up with. She gave everyone cards and she had them write down whatever they were thinking about someone else or in general. They all wrote something. They all said they wanted to be different people than who they were before and someone mentioned Sara’s ex R. Kelly. They tried to get her to talk about it. She refused to do so and they moved on. The group got into the party mode again. They all started drinking and there was later a hot tub moment between Nema and GG. They didn’t have sex. Nema stopped it from going there because he saw how drunk she was.

Nema is one of the few men to ever tell her no. Their relationship has now changed forever and they were still laughing about it the next morning.

MJ also talked to Reza about the restraining order against Tommy and Reza promised to drop it.