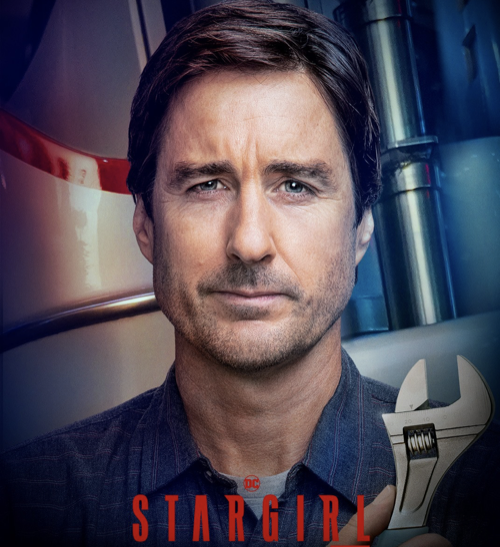 Tonight on the CW their new series Stargirl premieres with an all-new Tuesday, June 23, 2020, season 1 episode 6 and we have your Stargirl recap below. In tonight’s episode called, “The Justice Society,”  season 1 episode 6 as per the CW synopsis, “Courtney makes a difficult decision after Pat confronts her about the potential consequences of recruiting new members to the JSA.

Elsewhere, Barbara shows up in support of Mike’s science fair, and Courtney, Yolanda, Beth, and Rick prepare for their first major mission.”

Several players on the football team are practicing. A female player named. Artemis makes her way into the end zone. She takes a late hit by a jealous teammate. She becomes angry and gets benched. Later, her parents attack the coach for taking her out of the game.

Courtney comes home to see Pat in her room. He is mad she stole all of the things for the Justice Society. They get to talking about Rick, Beth, and Yolanda. He wants her to stop recruiting. Later that night Pat looks through his belongings, remembering the team.

Jordan meets with Artemis’ parents after they kill the coach. He tells them to get ready and suit up.

At breakfast, Pat stays quiet with Courtney. Later, Pat waits for Rick. He wants to talk to him about his dad, his real dad. At school, Yolanda thanks Courtney for helping her become Wildcat. Beth is also happy to be part of the group.

Courtney is forced to tell the girls that she needs them to return their things. Pat wants them to put an end to their group. They do not take it well. Yolanda refuses to give back the suit.

Rick looks over the journal with Pat. He tells Pat he is keeping it. Pat tells him his father never abused his powers. Rick is mad and asks Pat what he did for the JSA before taking off.

Mikey sits all alone watching the other families at the science fair. Barbara shows up. He is happy to see her. He shows her his volcano, using chocolate syrup for lava.

Courtney tries to talk to Beth and Yolanda about what Pat said when Rick arrives. None of them want to return their new identities. Beth is told by Chuck that the Injustice League is trying to hack their enterprise.

Artemis’ parents leave town for the night while Icicle celebrates his son’s birth at a local diner. After a slice of cake is delivered, the Icicle’s son blows it out with cold air.

Courtney and the gang suit up and head to track down the Gambler after Chuck confirms he is the one tracking to hack the enterprise. They enter into a business where they find a dead security guard. They do not make it far when they run into Icicle’s attack dogs, who are the parents of Artemis. After they fight them briefly, they scatter. Rick finds Artemis’ dad while Yolanda fights her mother.

Courtney saves Rick during the fight after a car he is holding nearly falls on him. He is far too new. Courtney saves him with her expertise. Soon the rest of the team joins in and just when they are about to finish the fight Pat shows up in his robot suit. The couple calls it a night and disappears.

Back at the garage, Courtney and Pat finally make up while the team hangs out. Meanwhile, the Injustice League meets for the first time.