The Bold and the Beautiful Spoilers: Courtney Hope ‘Bummed’ by Sally’s Con on Wyatt – Disappointed by Fake Illness Twist 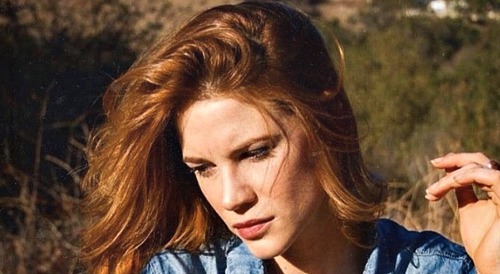 The Bold and the Beautiful (B&B) spoilers reveal that one CBS soap star is reflecting on a major twist. B&B fans were surprised when the show suddenly shifted gears on Sally Spectra’s (Courtney Hope) terminal illness storyline. It’s clear that the plan changed somewhere along the way, which turned Sally from a sympathetic character into this story’s villain.

Naturally, plenty of viewers were upset about that. It turns out Courtney Hope was disappointed, too! In an interview with Soap Opera Digest, Hope opened up about Sally’s latest storyline and the new direction B&B writers chose to take it in.

The Bold and the Beautiful actress was definitely let down by the twist, which took away Sally’s chance at seeking true support and compassion.

“I was kind of bummed that we were steering away from a heartfelt, deep story of overcoming a terminal illness,” Hope admitted. “I felt that Sally had an opportunity for great growth and an outpouring of love from everyone around her for the first time in her life.”

It would’ve been nice to see Wyatt Spencer (Darin Brooks) genuinely remember his love for Sally – a classic case of you never know what you’ve got until it’s (almost) gone.

Nearly losing Sally could’ve stirred up old feelings for Wyatt and created a gripping dilemma. Sally could’ve eventually received a miracle cure that left Wyatt with a difficult choice about his future.

As it stands now, Sally has no shot at a long-term victory here. Hope thinks even Sally’s aware of that deep down. “Ultimately, this will come back to bite Sally in the butt, and she knows that,” Hope said. “But she isn’t really thinking that far ahead. Her sights are set on winning Wyatt back right now.”

However, Hope managed to find the silver lining of all this – at least as an actress. It’s been fun for Hope to add some spice to Sally and sink to darker places than she’d normally go. After Hope acknowledged her disappointment in how things turned out, she also wanted to share some positivity.

“But at the same time, I love Sally’s spicy side so it was nice to see that come back after several years of being kicked to the curb numerous times,” Hope said. “I am thankful to have a storyline that’s unpredictable.”

The Bold and the Beautiful spoilers say some bombshells are indeed brewing as Sally’s plot spirals out of control! As other updates become available, we’ll deliver all the hottest B&B news.

Are you disappointed that B&B’s turned Sally into the villain of this story? CDL’s the place to be for exciting Bold and the Beautiful spoilers, news and updates.