BY Sean O'Brien on May 1, 2020 | Comments: Leave Comments
Related : Comings & Goings, Soap Opera, Spoiler, Television, The Bold and the Beautiful 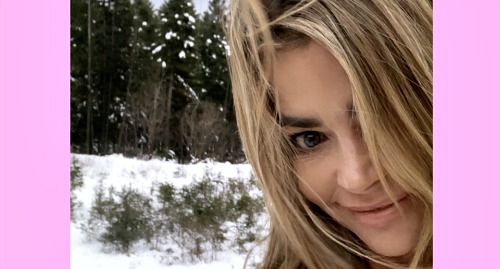 The Bold and the Beautiful spoilers document that Denise Richards (Shauna Fulton) recently confirmed her status with B&B. With uncertainties regarding when production on this classic soap will begin again and in knowing that she’s part of The Real Housewives of Beverly Hills cast, some fans were wondering if Richards planned to continue playing Shauna or is there a B&B exit in sight?

Richards posted about a current episode of RHOBH, which prompted a follower’s question, “You’re not going off The Bold and the Beautiful are you?”

Clarity was provided when Richards responded, “No!! Love playing Shauna!!”.

Engaging in multiple entertainment projects is always smart. Of course in Hollywoodland that’s not always possible, due to the hyper competitive nature of the business and the status of varied projects.

As is true in other forms of work, especially those areas that are creative, talent needs to meet opportunity. And so Richards has forged what is now a thirty-year career in the industry. She was first seen in 1990, on the television show Life Goes On. The actor went on to appear in numerous TV shows and films during the next three decades.

Last year (2019) proved to be great for Richards and her many fans, as she joined the cast of B&B and RHOBH.

Richards has over one million Instagram followers. Along with her established credentials, that level of public support surely made the actor appealing to TPTB at B&B and RHOBH.

Incorporating a new actor into a soap is surely a deeply considered decision in today’s developing media world. Richards’ regular status contract represents significant faith in her talent level, collaborative presence, and ability to maintain a connection with the show’s passionate audience.

Adding a well-known star to B&B’s roster allowed the show to introduce someone who was already familiar. Her efforts have scored since Shauna arrived in Los Angeles, California.

Shauna has been fully open with Ridge Forrester (Thorsten Kaye). He knows that she cares for him deeply, but remains uncertain about pursuing a deeper relationship.

The Bridge issue is complex. Even if Ridge divorces Brooke Logan (Katherine Kelly Lang), this duo has often reconciled. Shauna doesn’t want to have her heart broken, which increases Ridge’s romantic dilemma, as his feelings are currently split between both ladies.

Guys I wanted to share a great gift for those of you looking for something different for Mother’s Day! Check out https://blueribbonhemp.com/ for THC FREE hemp products. I love CBD products and have been using them for a while now and I’ve found this mango-flavored one from Blue Ribbon Hemp is effective both eating or applying on my skin topically. For Mother’s day, gift @BLUE_RIBBON_HEMP to any mother you love in your life. Lastly always go to @realtestedcbd RealTestedCBD.com <http://realtestedcbd.com/> <http://realtestedcbd.com/> to make sure you’re getting the real thing! AT CHECKOUT USE MY NAME “DENISE” IN THE COUPON FIELD AND RECEIVE 20% DISCOUNT!

You are cordially invited to #EpicWeddingWeek. 💙 Save the date and tune in to #BoldandBeautiful next week! pic.twitter.com/EMcHM13a7T