The Bold and the Beautiful Spoilers: Henry Joseph Samiri on Instagram Takes Matters Into Own Hands – B&B’s Douglas DIY Haircut

BY hellodrdavis on April 4, 2020 | Comments: one comment
Related : Soap Opera, Spoiler, Television, The Bold and the Beautiful 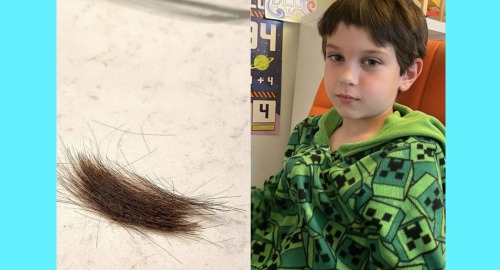 The Bold and the Beautiful (B&B) spoilers has some fun news to pass along about a fan-favorite B&B star. Henry Joseph Samiri, who portrays Douglas Forrester on the CBS soap, recently shared an Instagram update with his followers about what he’s been up to during his down time from work.

Henry shared a humorous picture of himself after he apparently tried to cut his own hair at home. The photo, which has clearly been posted by his parents, is a spilt screen with half the screen showing a tuft of Henry’s hair that he cut off, and the other half of the screen showing Henry with his new ‘do. In the picture of Henry, there’s a little chunk of hair missing!

It looks like everyone at home has been good-natured about Henry’s DIY haircut. The caption for the photo reads: “What? No hair and makeup? That’s ok. Let’s see…just a little off the top, right? @punkyandme #lifenow #missingwork #cbsallaccess #cbsdaytime #doitmyself #boldandthebeautiful #stuckinside.”

We should note that Henry tagged a hairstylist from the show on his post, Lisa Long, and she quickly commented on his hair situation. “My little angel…I miss you too!!” Lisa said. “Don’t worry I got you. You’re just missing your short spikey haircut.”

Well, we think Henry looks great no matter what his haircut is like, and his followers definitely agree. One person replied to Henry’s post by saying: “Oops. Adorable!!” And another follower said: “You’re a handsome young man either way!”

Finally, someone commented: “Hi Henry! You are so cute and adorable as always! Hope you and your family are ok and stay safe! You are truly my favorite on The Bold and the Beautiful!”

We truly hope that B&B and all the soaps are able to get back to a production schedule soon, as we want to see Henry and all the actors back on set and creating more great drama.

Of course, as B&B viewers are aware, Henry’s character Douglas recently wrapped up a big storyline that culminated in the impromptu cabin wedding of Hope Logan (Annika Noelle) and Liam Spencer (Scott Clifton), which Douglas “officiated.”

We’re excited to see what the future holds for little Douglas, especially when his dad Thomas Forrester (Matthew Atkinson) returns and wants to re-establish a relationship with him. Ongoing B&B spoilers indicate that we’ll get to see a new side of Douglas in the near future, which should be pretty interesting.

At any rate, we’re glad to see that Henry is doing well during this time and we look forward to more updates from him! Stay tuned to the CBS soap and be sure to stick with CDL for all the latest Bold and the Beautiful spoilers, recaps, and news.