The Bold and the Beautiful Spoilers: Steffy Respects Liam More Than Hope Does – Return Time For ‘Steam’ Dream 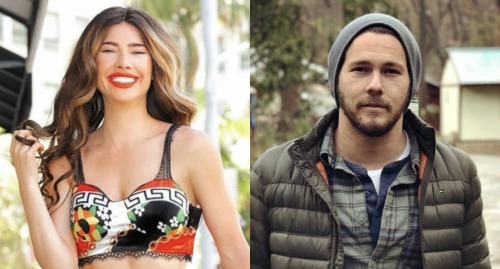 The Bold and the Beautiful (B&B) spoilers tease that Liam Spencer (Scott Clifton) will stick to his reunion with Hope Logan (Annika Noelle) for now, but most B&B fans don’t have hope for that lasting. Liam is the waffle king, which means he’s destined to wind up back with Steffy Forrester (Jacqueline MacInnes Wood) eventually.

Many viewers are tired of Liam going back and forth, so maybe it’s time for Liam to just pick one of them once and for all. Should Hope really be who Liam builds a future with? Is Steffy a better endgame for Liam? For some B&B fans, the “Steam” dream is tough to beat.

There are some good reasons why Liam should ultimately choose Steffy. For starters, Steffy has a little more fire to her personality than Hope does. Since Liam is basically the male version of Hope, it’s like they’re the same person sometimes.

Liam needs someone a little edgier – someone who can challenge him and keep things interesting. Steffy has been that someone for Liam in the past and could be again. There’s that classic “Steam” chemistry to consider, too.

Plenty of Bold and the Beautiful viewers feel like Scott Clifton and Jacqueline MacInnes Wood are able to bring that onscreen heat.

The topic of respect is also something that comes up in fan debates. Steffy respects Liam more than Hope in many viewers’ eyes. There’s a certain understanding and maturity in “Steam’s” relationship – one that’s very evident in their time together as coparents.

When it looked like B&B was building that into something more again, it was easy to see how that would’ve been an effortless transition. Steffy values having Liam in her life and is always going to love him. She respects Liam’s feelings, and they both know how to communicate at this point in their lives.

B&B could easily revive “Steam” and make them a stronger version than ever. That’d be nice to see after years of waffling and heartache. If The Bold and the Beautiful would just focus on writing Liam as a more worthy love interest for Steffy, they could recapture that “Steam” magic.

Would you like to see Steffy and Liam reunite with better writing for the couple? Do you think Steffy respects Liam more than Hope? As other B&B news comes in, we’ll deliver more updates.