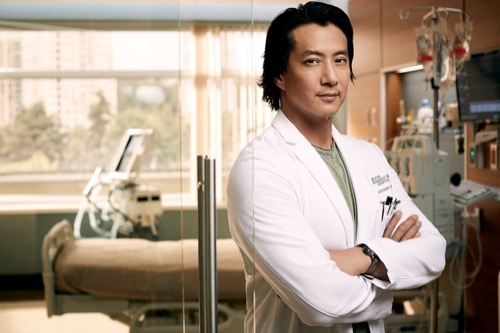 Tonight on NBC their new medical drama “The Good Doctor” airs with an all-new Monday, March 23, 2020, episode and we have your The Good Doctor recap below. On tonight’s The Good Doctor season 3 episode 19 called, “Hurt” as per the ABC synopsis, “In the first episode of the two-part season finale, the city of San Jose is rocked by an earthquake that puts the staff of St. Bonaventure Hospital on high alert as they race to assess the damage and account for the safety of their colleagues and friends. Meanwhile, Dr. Neil Melendez and Dr. Aaron Glassman are attending a charity event when their lives are threatened by the earthquake.”

Neil and Aaron are at a private charity event and they bump into Lea. Martha offers them a tour of the facility, but Noreen offers to take them. The three go four a tour when they hear a rumble, Neil says it is an earthquake. They are in the entranceway, Neil screams for Lea to watch out, a large piece of the ceiling falls through and Lea is sucked up into a hole.

Neil is hit by a light and knocked down, but he is conscious. Aaron is conscious as well but his shoulder is dislocated, but not for long, Aaron fixes it on his own. Neil gets on the phone with Audrey, tells her the two are ok but they don’t know where Lea is. Audrey tells him that she is about to assemble a heart team and wants to know if he has any idea how many are wounded. Neil tries to look around and is still calling out for Lea. It is tragic, there are people hurt everywhere, he tells Audrey to get there as fast as she can.

Audrey calls the staff to an open meeting, the hospital is on mass casualty incident protocol, cancel all elective surgeries, transfer all non-critical patients to urgent care facilities. No family members or visitors are permitted in the OR. She shares the news about Neil and Aaron, that is two out of about a hundred who attended the charity event.

Neil finds Martha, she is trapped under a steel beam, he tells her to hold still, she is going to be ok. There seem to be some aftershocks, a man whose leg is injured starts to freak out, Aaron is trying to help calm him.

Aaron starts to move people out, Claire and Audrey arrive, he tells them that there are about forty people that need an onsite assessment, Audrey tells him to go to the hospital because they are short on surgeons. Shaun is there, Aaron tells him that Lea was there and they can’t find her. Shaun goes inside, even though Aaron tells him that the first responders will find her. Claire gives Neil a quick checkup. Shaun asks Neil where Lea is, he says they haven’t found her. The first responders are about to move Martha, Shaun tells them to stop. They need to be careful otherwise it may lead to permanent paralysis.

Marcus and Morgan are handling things in the hospital, but she is a patient and Marcus reminds her of that. Morgan wants to help, Marcus tells her to go to bed.

Shaun is still looking for Lea, he is calling out for her. Audrey tells Shaun that they need him on triage, he looks into a hole and tells the first responders someone is there but is not Lea. Shaun won’t stop looking for her. Meanwhile, Shaun’s observation of Martha was correct, if they move her she may be paralyzed. Neil tells her if they don’t do surgery on her there, she may very well lose feeling from the neck down. Shaun is still looking around for Lea, calling out her name. He looks into a hole and his hard hat with light falls off. Shaun makes his way through the hole, the first responder advises him not to because the area is not secure.

Shaun is crawling through the rubble to find Lea, he moves away debris and inches himself closer to her. The building is shifting a bit, the area that Shaun is in gets tighter, he tells himself that he is not afraid. All of a sudden, Shaun bumps into a boy who tells him that he is scared because this is stupidly scary.

Aaron is back at the hospital, he tells Marcus that Morgan is going to help out, what choice do they have at this point.

Morgan bosses around the nurses in the ER gets them ready to take charge. Meanwhile, Shaun realizes there is nobody there with him, it was a younger version of himself. Just then, he hears someone call out that they need help.

Noreen begs Neil not to operate on Martha, she doesn’t want to lose her. Martha thanks Noreen for being willing to take care of her, she is her life, Neil saved her once and she believes he is going to do it again.

Shaun is still crawling, he has a flashlight and finds the woman who was calling out for help, it is not Lea, he introduces himself.

Neil begins to operate on Martha, onsite. Back at the hospital, Morgan is working to help patients that are coming in.

Shaun has a walkie talkie with him, he radios Audrey and tells her about the woman he found. He asks her if they found Lea, she says no, they are still searching.

Martha is still in surgery, she has lost a lot of blood, Niel says that she needs a blood transfusion. Meanwhile, Alex is trying to keep a young man’s spirits up who is trapped under some beams. Audrey went below to see what the damage was and she takes Alex to the side, tells him the man’s spine is severed and he has lost a lot of blood. His legs are ice cold. Alex tells her there must be something they can do, she tells him they can get his dad there before it is too late.

Shaun sparks up a conversation with the woman he is with, he asks her why she was at the event, she says to see her ex-boyfriend, she was hoping he would take her back, he says he understands, he still wants Lea to be his girlfriend.

Audrey finds Lea, she looks ok. Alex is still with Casey, he talks to him about his dad, because he said his dad thought he was a screwup. Alex says everyone does dumb stuff, he is sure his father is not judging him for it. Casey tells Alex his father doesn’t know him and neither does he.

Claire comes up with a way to pump Martha’s blood back into her, it works. Audrey tells Alex that Casey’s dad is three hours away. Alex wants to press Casey’s aorta against his spine to buy them time to repair his aorta after they lift the bar. It is a 1% chance if they do this, Audrey gives the ok, she tells him to prep him.

Noreen asks when will she know if Martha is ok, Neil says not until she has stabilized.

Shaun is still with the woman, she tells him if they get out of their alive, they both should promise to do better. He says no, he doesn’t want to move on. He always knew he could be a good doctor, but until he met Lea he didn’t know that he could drive a car, sing music, take tequila shots or fall in love. He doesn’t want to stop being the person he is with her, Lea makes him more. Meanwhile, Lea has the walkie talkie and she can hear everything. Shaun continues to say he doesn’t give more to Lea, if he did, she would want to be his girlfriend.

Casey is prepped for surgery, he asks Alex about his dad, and thanks to him for getting him to come to him.

Meanwhile, in the hospital, a woman with an ectopic pregnancy is in distress and needs a surgeon, Morgan takes off her bandages and says she is a surgeon.

Martha is on a stretcher, on her way into an ambulance when there is an aftershock. It was a big one, Neil vomits, then passes out. Audrey yells for someone to bring him oxygen.

Audrey calls Shaun to see if he is ok, he says he is, except for the water. There is a pipe that burst and water is coming out fast, he asks Audrey to please hurry. Then he shouts again, please hurry and Lea is crying.