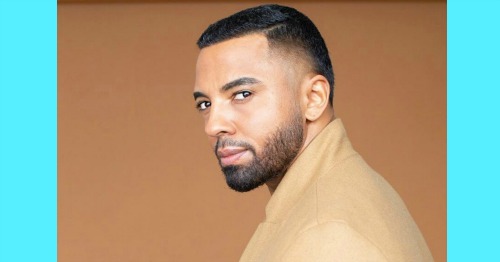 The Young and the Restless (Y&R) spoilers reveal that Amanda Sinclair’s (Mishael Morgan) past will catch up with her. Y&R fans know Amanda’s been pretty guarded since her debut. She never likes to talk much about her life before she came to Genoa City, but she did trust Billy Abbott (Jason Thompson) enough to open up a bit.

Amanda has spoken about her ex-fiancé – the man she once thought was her soulmate. She admitted that the changes were subtle, but he slowly became more and more controlling. Their relationship deteriorated to the point that she had to file a restraining order, and her ex-fiancé filed one as well.

Of course, that lines up with the info in Devon Hamilton’s (Bryton James) file on Amanda. Devon received a dossier from Victor Newman (Eric Braeden) and has continued to dig on his own.

Once The Young and the Restless fans heard the name Ripley Turner, we all knew it was just a matter of time until this abusive ex-fiancé was cast.

Now Y&R’s finally found their Ripley. According to Soap Opera Digest, Christian Keyes scored the part and was originally set to appear starting February 5. Due to impeachment trial coverage, that first airdate is obviously going to change. We’ll keep you posted on Ripley’s first appearance, but Amanda may never see him coming!

Although Amanda has a tracker on Ripley, he could easily find that tracker and disable it – or perhaps rig it so Amanda thinks he’s somewhere else. Regardless, it won’t be long until Ripley’s making his way to Genoa City and most likely heading straight for the Grand Phoenix.

The Young and the Restless spoilers say more chaos is brewing there, so Ripley could be behind it.

As for Keyes, he’s definitely got the right look for the part. Amanda spoke about how sometimes you think you know someone and then the mask slips – slowly peeling back the monster underneath.

Y&R needed a guy who could seem handsome and charming on the surface, but he had to be able to bring the darkness, too. Keyes looks like he can strike that balance.

If Keyes seems familiar, you might’ve seen him on other shows like Saints and Sinners, Supernatural, In Contempt, DC’s Legends of Tomorrow and more. It’ll be interesting to see what Keyes brings to the table as the dangerous Ripley Turner.