BY Heather Hughes on May 29, 2020 | Comments: Leave Comments
Related : Soap Opera, Spoiler, Television, The Young and the Restless 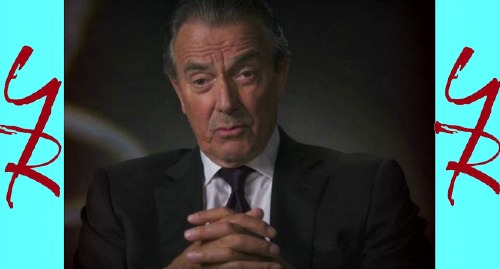 The Young and the Restless (Y&R) spoilers reveal that one CBS soap star is speaking out about fan favorites and their place on the show. If you follow Eric Braeden (Victor Newman) on Twitter, you know he isn’t shy about speaking his mind! Braeden is willing to tweet and retweet criticism about Y&R when he feels it’s warranted.

In an interview with Soap Opera Digest, Braeden was asked about some Twitter comments he made back in April. The Young and the Restless star tweeted about wishing Daniel Goddard (ex-Cane Ashby) was on the show and wishing Doug Davidson (Paul Williams) was on more. Braeden was presented with the question of what prompted him to tweet that.

The popular Y&R actor couldn’t recall any one specific thing that led to his tweet; it was more about what Braeden feels fans want to see. “I don’t remember,” Braeden said. “I just know that Goddard was liked by a lot of people. He was a fan favorite. And so was Dougie Davidson. Why? Why are they not there?”

Braeden elaborated on that a bit by disapproving of new people coming in and replacing already popular ones. He even went as far as to suggest nobody cares about the newbies! “These people have spent decades to become fan favorites and suddenly you’re replaced with someone else that no one cares about? Come on,” Braeden said.

Of course, there are bound to be some different opinions on this view. Some fans wholeheartedly agree that established characters and actors should be the primary focus. Others feel like new characters are necessary – particularly younger ones who can keep the “young” in The Young and the Restless.

Sometimes recasts are essential as well. Besides, everyone was new once upon a time! That said, Y&R has certainly faced backlash for shoving fan favorites to the background. It seems like there’s always a push to see more soap vets, so there should be plenty of viewers in Braeden’s corner on this.