The Young and the Restless Spoilers: Joshua Morrow’s Surprising Childhood Confession – No Trouble for Mom, Dad a Different Story

BY Heather Hughes on May 7, 2020 | Comments: Leave Comments
Related : Soap Opera, Spoiler, Television, The Young and the Restless 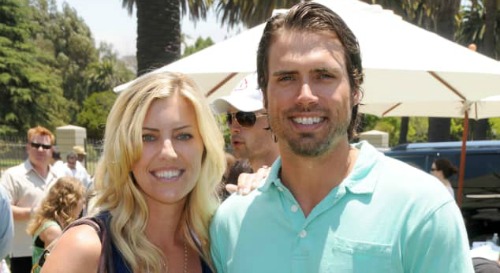 The Young and the Restless (Y&R) spoilers tease that it’s almost Mother’s Day, so one CBS soap star recently reflected on his relationship with his mom. In a recent issue of Soap Opera Digest, Joshua Morrow made a confession about his childhood and any drama he might’ve caused. What’s the worst trouble that Morrow got into with his mother?

Morrow’s answer might surprise you since he’s made a name for himself as a “troublemaker” at Y&R. Many Young and the Restless cast members have fake feuds going with Morrow, who loves to pull pranks and crack jokes.

Morrow’s the kind of guy who always brings a smile to his costars’ faces, but he also sounds like someone who would’ve stirred up plenty of trouble as a child!

Although Morrow hinted that he got in trouble with his dad, he was the perfect boy for his dear sweet mother. “I have never been in trouble with my mom,” Morrow said. “Dad was a whole different story, but the angel Rebecca hasn’t had to reprimand me for anything.”

Of course, Morrow’s mom might offer a different version of events! There might be some trouble that Morrow’s forgetting since “never” seems too good to be true. However, no one could stay mad at Morrow with that thousand-watt smile of his anyway. We’d say that smile of his is one reason fans are so quick to forgive Nick, too!

Nick’s made tons of mistakes over the years, but he’s got a good heart – and that always shines through. Morrow’s the ideal person to bring that kind of character to life. Morrow’s got a sweetness about him that just makes you root for the guy, even when Nick’s a hypocrite or cheating on his partners.

Nick’s always going to be a fan favorite, no matter what betrayals and blunders he commits.

As for what’s ahead for Nick, he’ll deepen his relationship with Phyllis Summers (Michelle Stafford) before it implodes as expected. Nick and Phyllis’ destruction is inevitable, but they’ll enjoy their reunion while it lasts!