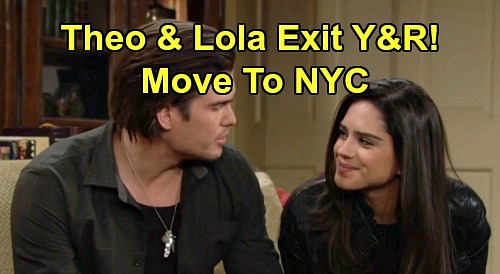 As we explained previously, both Tyler and Sasha had removed any mention of their employment on Y&R from their Instagram pages, and Soap Opera News reported that neither Tyler nor Sasha are on contract at this point before removing their post at a reps request. 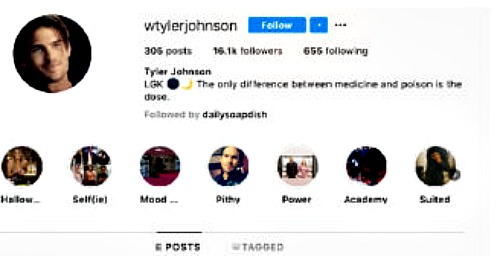 After reports were published of Tyler Johnson’s Y&R exit, his instagram was changed to indicate that he plays Theo on Y&R. Sasha Calle’s instagram still has the Y&R reference to Lola removed.

And now CDL can exclusively reveal that Y&R spoilers indicate that Theo and Lola will be leaving the Y&R canvas as the couple heads out of Genoa City and to New York City to start a new business venture together.

Of course, this Genoa City exit adds additional confirmation to the news about Johnson and Calle  no longer being on contract, but also sheds some light on the direction things will take on the show in the coming days.

As Y&R viewers know, right now Theo and Kyle Abbott (Michael Mealor) have been essentially been challenged to a Jabot duel by Jack Abbott (Peter Bergman). Jack announced some major changes at Jabot, including the elimination of Jabot Collective. That means that the company needs some new branding, and Jack has given Kyle and Theo seven days to come up with competing marketing plans. 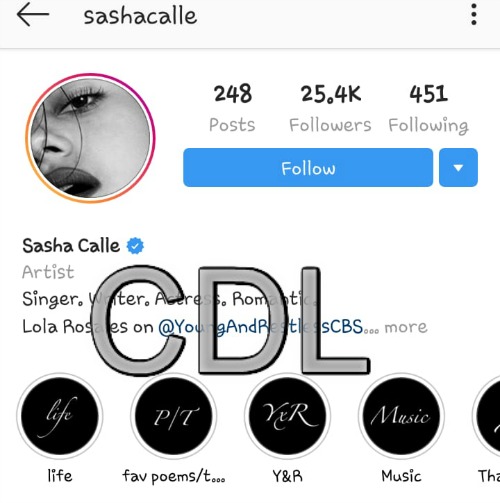 At the end of it all, Jack is planning on choosing a winner between the two cousins, and given that we now know that Theo will be leaving canvas, that strongly suggests that Kyle could come out victorious in the contest.

Of course, Theo has also been deliberately trying to dig up dirt on Kyle with Kyle’s assistant Kendra, and that could backfire and potentially even get Theo fired.

Either way, Theo might decide that it’s time to get out of Genoa City and get a fresh start somewhere else, where he doesn’t have to operate in the shadow of Kyle. And Lola will probably start thinking about the merits of living in a Kyle-free zone as well.

Given that she’s constantly running into Kyle and Summer Newman (Hunter King) everywhere, she might be itching to leave Genoa City, too. Therefore, it would make perfect sense from a storyline perspective for Theo and Lola to leave together for a fresh start in New York City.

Of course, we don’t know anything specific at this point about why Tyler Johnson and Sasha Calle were let go from Y&R, but it would make sense for it to be storyline dictated.

Unfortunately, all of this means that Y&R is losing two talented actors, at least for the time being. Perhaps at some point Theo and/or Lola will be brought back to the Y&R canvas. Until then we wish Johnson and Calle the best with their acting careers. Calle seems to have a nice focus going on her growing music career as the reader can judge in her recent Instagram post below.

We’ll be sure to keep you updated as we hear more about this developing story. Stay tuned to the CBS soap and don’t forget to keep CDL bookmarked for the latest Young and the Restless spoilers, recaps, and news.

I find you in everything I create ps. thank you for almost 15k on igtv for ex factor music video & 10k on youtube. my heart is yours