The Young and the Restless Spoilers: Sharon Beats Cancer – Crisis Ends In Victory

BY Sean O'Brien on May 4, 2020 | Comments: Leave Comments
Related : Soap Opera, Spoiler, Television, The Young and the Restless 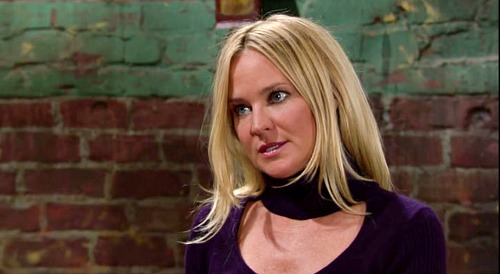 The Young and the Restless spoilers document that Sharon Newman (Sharon Case) is facing the most challenging fight of her life. Her breast cancer diagnosis stands in its own category for many reasons. Most important is the imminent threat to her life and how the loss of it would impact all who love her, both in Genoa City, Wisconsin, and on the other side of the screen.

When viewers last saw Sharon she was scheduled for surgery. Chemotherapy treatments hadn’t gone as hoped, which resulted in a needed trip to the surgeon that naturally spurned worry.

With no known information about Case’s contract status ending, it’s reasonable to project that Sharon will beat cancer, with this crisis ending in victory.

Young And The Restless Spoilers – Achieving Balance In GC

Sharon was finally at a point in her life where balance appeared to have been achieved. Most importantly, she’d been maintaining her hard-earned mental health stability.

Young And The Restless Spoilers – Nick Newman Is A Friend Again

Nick Newman (Joshua Morrow) believed that Christian was his child with the departed Sage. He later confirmed, with Sharon by his side, that Adam Newman (as then played by Justin Hartley) was actually the biological father.

Nick’s ability to raise Christian during Adam’s most recent perceived period of death helped Morrow’s character to arrive at a better head space. He came to trust Sharon over time and today, they’re friends again.

Regardless of who Sharon, or Nick are with romantically, they remain each other’s eternal touchstone.

Soaps do need to remix couples in order to create fresh situations to explore. With that the slow-walk to Shey felt natural and allowed Sharon to reach relationship status with Rey Rosales (Jordi Vilasuso) in a believable manner.

He, along with her children, Nick, and others who Sharon has shared the diagnosis with, have combined to provide a positive support system. Their joy, along with that of fans who love Sharon, will be expressed when, not if, the cancer inside her is beaten.

Are you ready for Rey and Sharon to live happily ever after? CDL is a leading source for everything linked to The Young and the Restless. Check back regularly for Y&R spoilers and news!