BY Heather Hughes on May 1, 2020 | Comments: Leave Comments
Related : Soap Opera, Spoiler, Television, The Young and the Restless 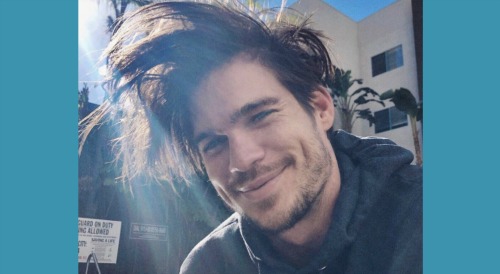 The Young and the Restless (Y&R) spoilers reveal that Tyler Johnson (Theo Vanderway) is speaking out about what’s next and whether Theo’s feelings for Lola Rosales (Sasha Calle) are genuine. Theo’s obviously pretty down in the dumps since he took Kyle Abbott (Michael Mealor) and Summer Newman’s (Hunter King) bait.

After Theo presented a stolen pitch, Jack Abbott (Peter Bergman) supported Kyle’s decision to fire his cousin. Now that Theo’s out of a job and feeling at his lowest, where does he go from here? Johnson opened up about that in a recent interview with Soap Opera Digest. When asked about what’s ahead for Theo, Johnson suggested his character would bounce back.

“Theo will find a way to make his razzle and dazzle work for him,” Johnson said. He also argued that Theo doesn’t even know the meaning of the word “quit.” Johnson insisted that Theo isn’t the kind of guy who wallows in self-pity, so he expects Theo to dust himself off and find a new challenge to conquer.

Since Theo overheard Billy Abbott (Jason Thompson), Lily Winters (Christel Khalil) and Amanda Sinclair (Mishael Morgan) talking about targeting a younger demographic, Chancellor Communications could easily be where Theo lands next. That’s where that razzle and dazzle Johnson talked about may be useful.

Theo knows his stuff when it comes to social media and influencing the younger generation, so he should impress Billy and the others with his knowledge. There’s a good chance that’s the direction Theo’s career will go in, but what about his love life? That could be a bit trickier.

Johnson talked about Lola having to leave town right before Theo’s pitch at Jabot. He felt like that contributed to Theo choking under the pressure. “It’s difficult to admit, but he needed Lola, and something about her leaving triggered his deepest insecurities, and he resorted to that ‘anything goes’ mentality that served him up to this point,” Johnson said.

Since there’s been buzz about Lola exiting Y&R, that’s something interesting to ponder. If Theo doing the right thing is so dependent on Lola, there could be trouble if he loses her support for good. Theo’s devious side reared its ugly head the second Lola was gone!

Johnson admitted that Lola brings out the best in Theo, so what happens if you take her out of the equation? Will Theo just keep falling back on familiar bad habits? Time will tell, but Johnson assured The Young and the Restless fans that Theo truly cares about Lola. It’s just a matter of whether Theo can be the man Lola needs.

“Theo has fallen for Lola in spite of himself,” Johnson said. “Whether he’s able to transcend his own demons in order to have a relationship with her, we will have to see.” Y&R viewers will be eager for new episodes to return so we can find out for sure!