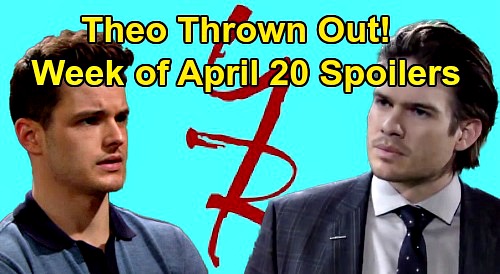 The Young and the Restless (Y&R) spoilers for the week of April 20-24 tease that some tough moments are coming up for several Genoa City residents. First, Sharon Newman (Sharon Case) will be terrified as she prepares for her surgery. Although Sharon may put on a brave face, she’ll definitely have concerns about this scary next step.

Fortunately, Sharon will still have “Team Sharon” to lean on. They promised to be there for Sharon throughout this whole experience – and that’s a promise they’ll keep! Sharon’s loved ones will rally around her during this difficult time.

Nick Newman (Joshua Morrow) will prove especially helpful when Sharon calls on him for a favor. Sharon may be worried about Faith Newman (Alyvia Alyn Lind) and how she’ll cope with all this. Perhaps Sharon’s favor will tie in with their daughter and showing her a little extra love.

Then again, Sharon might hand off the task of telling Adam Newman (Mark Grossman) about her cancer. She may decide Adam needs to know in the end, but it might be too stressful to have another conversation like that right now – particularly with Adam. Regardless, Nick will take care of whatever Sharon needs. It’s all about making Sharon comfortable as she preps for what’s ahead.

Other Young and the Restless spoilers say Amanda Sinclair (Mishael Morgan) will play hardball with Billy Abbott (Jason Thompson) and Lily Winters (Christel Khalil). Amanda will be nice about it, but she knows what she’s worth!

If Billy and Lily want the best, they’ll have to pay for the best. It looks like Amanda will negotiate a fair rate as she makes a deal to work for Chancellor Media.

Amanda will also strengthen her bond with Nate Hastings (Sean Dominic) in the week ahead. It won’t take long for their new romance to deepen, which should please both Nate and Amanda.

Over with Chloe Mitchell (Elizabeth Hendrickson), she’ll get a sweet baby shower as she awaits the birth of her baby boy. Kevin Fisher (Greg Rikaart) will even get in on the action, so it’ll be a time to come together and celebrate.

No matter how this plays out, Phyllis will form a plan and figure out what she has to do next. Perhaps Phyllis will get an idea of how she can help Nick with Adam.

Of course, Victor Newman (Eric Braeden) will have a plan of his own. Y&R fans can expect a bold move from Victor – one that he hopes will help him regain control.

By the end of the week, the Newman family will be rocked by a massive secret’s exposure. That includes Adam, who’ll learn the shocking truth about Victor’s cover-up and regret the scheme he’s carried out.

Across town, Theo Vanderway (Tyler Johnson) will get busted! The Young and the Restless spoilers say Theo will get caught stealing Kyle Abbott’s (Michael Mealor) pitch, which will actually be a pitch of Jack’s from 15 years ago.

Jack will recall it as he listens to Theo’s proposal, but it seems he’ll let Kyle handle Theo in the aftermath.

Theo will assure Kyle that nothing like this will ever happen again, so Kyle will suggest his cousin is right. That’s because Theo will be fired! Kyle will gleefully deliver the news and celebrate the news that Theo’s out with Summer Newman (Hunter King) afterward. It’ll be a proud moment for “Skyle,” but Theo will be feeling lower than ever!

As other Y&R updates emerge, we’ll pass along more details. It sounds like some exciting episodes are on the way! CDL’s your hotspot for great Young and the Restless spoilers, updates and news, so don’t forget to pop in frequently.